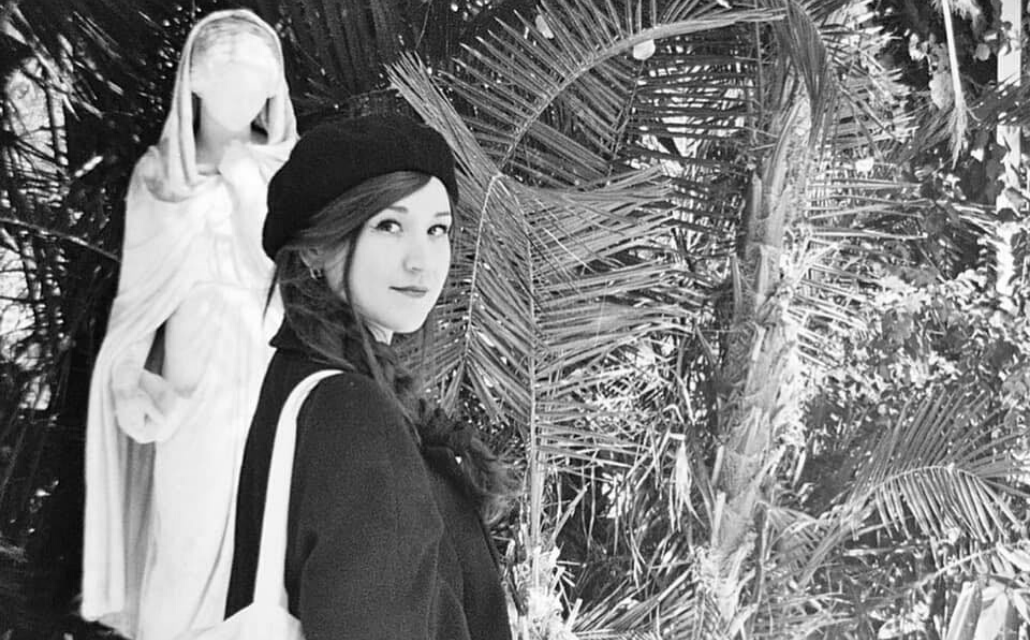 Former BIRD lead singer Adèle Emmas makes her return with a duo of releases, Getintothis’ Michael Maloney with the low down.

Adèle Emmas, the lead singer of former Liverpool band BIRD has been making the most of her time during lockdown by writing and recording her own music once again.

The fruits of her labour can now be heard in two new tracks, Words and Where Did All Our Flowers Go?

Adèle, who was also previously a member of bands Feral Love and St Jude The Obscure, has spent the past year as part of The Lightning Seeds touring band, and when the COVID-19 pandemic took hold the group saw their touring schedule for the year come to an abrupt halt.

She said: “We were in the van on the way to Newcastle to start our first tour of the year when we got the news about some gigs potentially being cancelled.

“I think that’s when the severity of the situation really hit home and there was a real sense of uncertainty in the air.”

“Shortly after the government began to put lockdown into place and we had to cut the tour short.”

Obviously it’s been a very difficult time for everyone the world over, but it’s nice to think about how much joy and love will be in the room when people are able to do things like go and see live music again.’

With touring cancelled indefinitely, Adèle decided to make a positive out of a negative and used her time productively to begin writing and recording again.

‘I’ve found writing and recording to be a massive help during isolation, just having something to focus on has really helped to keep from feeling too overwhelmed. It’s also been nice to work on some ideas that might not have seen the light of day otherwise.’

The two tracks have been released under the moniker EMMAS, as Adèle explains ‘EMMAS is my surname and I liked that there was no specific meaning attached to it and that I could create the meaning myself… Also Adèle was already taken!’

Where Did All Our Flowers Go? features Fiona Skelly and Niamh Rowe of The Sundowners on guest vocals, the pair are also a part of The Lightning Seeds setup.

Due to restrictions of the lockdown, the trio couldn’t meet up to record together but came up with an inventive way of capturing the vocals; ‘I knew Fi and Niamh’s voices would sound beautiful on this track but the girls didn’t have access to any recording equipment during isolation so just ended up recording vocals on their phones. I think it adds a certain charm to it and I like that not everything has been recorded perfectly.’

Adèle recorded, produced and created the videos for the tracks, a process that she found freeing; ‘I used to record bedroom demos when I was younger before working with producers and going into studios etc, and as much as I love doing that too, I forgot how much I actually enjoyed the process of self-recording. I think there can be a more personal and intimate feel when it’s solely your own creation.’

I’ve also really enjoyed putting the videos together for these two tracks, I’ve looked through hours of non-copyright family footage and it’s been very moving, seeing the lives of others and the people that they loved.’

Words is a wistful acoustic track with sparse flourishes of keys, while Where Did All Our Flowers Go? follows in a similar vein with an arpeggiated guitar flowing through the song.

The two acoustic-driven tracks hint at a new direction for EMMAS, whose previous band St Jude The Obscure were more synth focused.

It’s an intriguing re-introduction to one of Liverpool’s much-loved artists and we can’t wait to hear more from this new solo project.