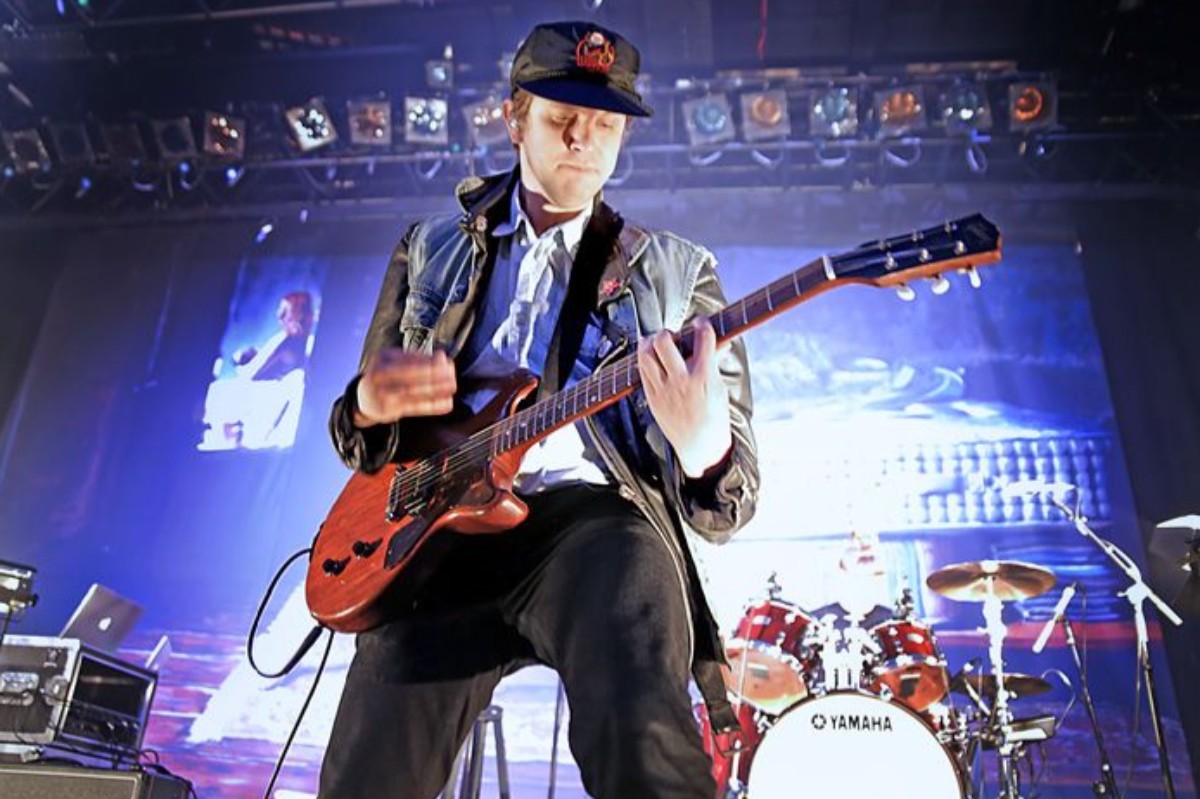 Jamie T is a neglected songwriting genius argues Getintothis’ Cai Thomas, with a Top 10 to prove the point.

An often forgotten gem of British music, Jamie T is an underappreciated songwriting genius, who in his formative years produced some of the most exciting music of the time.

Blending and fusing together indie rock, rap, ska, and a stolen plethora of samples from some key musical greats, he self-engineered arguably one of the most innovative debut albums of the decade, in Panic Prevention (2007).

However, was often overshadowed by the dominance and success of the Arctic Monkeys at the time.

An artist once described as “the bastard lovechild of Billy Bragg and Mike Skinner doing his best Joe Strummer impression”, It feels he has become an afterthought in the history of British pop, despite the fact that  his producing and lyrical abilities could rival many.

This Top 10 selection shows Jamie T‘s range both lyrically (with subject matter ranging from zombies to Alice in Wonderland) and musically.

The man himself puts it simply: “The title refers to me wanting to go to Cuba before Castro dies, cos it’s all going to change when he does.”

Production-wise, one of the best tracks on the album.

An underrated gem on an excellent debut album, it is worth the satisfaction for when that third verse comes back in.

With a reference to the former secretary-general of the UN, Kofi Annan, it’s a quirky one.

One of his rockier numbers, with a punk and funk influence in the rhythm section, this shows a different dimension to Jamie‘s work.

Listen out for the Alice in Wonderland reference.

A return to form for Jamie T after a five-year absence from music following the release of Kings & Queens.

He talks growing older and the trudge of walking through life, feeling like a  “zombie”.

His most popular song, written when he was only 17 years old. This will be the one you have heard.

Listen out for excerpts from John Betjeman’s poem The Cockney Amorist.

A song that slowly builds itself up; cleverly crafted lyrics that poke fun at the mundane happenings of life, set to a hypnotic repeating acoustic-picked melody.

A tale of sex, drugs, and alcohol, simple in topic yet offers an interesting perspective of Britain from a young-mans point of view, in the 21st century. Throw-in a genius opening line and a reference to classism, and you have something a little smarter than it first appears.

A romping drum sample drives this lyric-heavy ear-worm along, take a listen, you won’t be able to get this chorus out your head.

Featuring one of Jamie T‘s most humorously witty lines, “Two World Wars and one World Cup, screamed by the desperate divided crutch. Used to have an empire, then we grew up, lost everything, who gives a fuck?”

Listen out for the lyrics, still just as relevant today…

A descriptive narrative that follows the storyteller through a night out, as he and his friend try to pick up girls and avoid getting kicked out of bars.

The delivery of the verse is genius, as the narrator beings to sober up as he recalls the events, yet the song takes an emotional turn when it arrives at the chorus.

Pleading with a second character about whether their drug use has become out of hand, it is never revealed if the narrator is speaking to themselves or to somebody else.

“It’s heavy, it’s all in my mind. You say you feel just fine, it’s racking and stacking them lines.”

1. The Man’s Machine from Kings & Queens

No chance of Sheila or Sticks N’ Stones going here.

Often pinned as being evocatively British, ironically this song delves inside the travels of Jamie T across the USA.

Starting on a sample from the Angelic Upstarts Live album, the song moves through into a spoken-word style verse, typical of Jamie T, that discusses tales of the unusual characters and quirks he came across.

Lyrically not one of his strongest tunes, but it’s all about the feeling the song creates as it moves from section to section.

Drawing out the arrival of that chorus only makes it that much better, definitely one to sing drunkenly to your best friend, “Stone, glass, concrete and gravel, all we’ve got to keep us together”.

Listen to the album version, as the single cut ruins the pacing of the song.