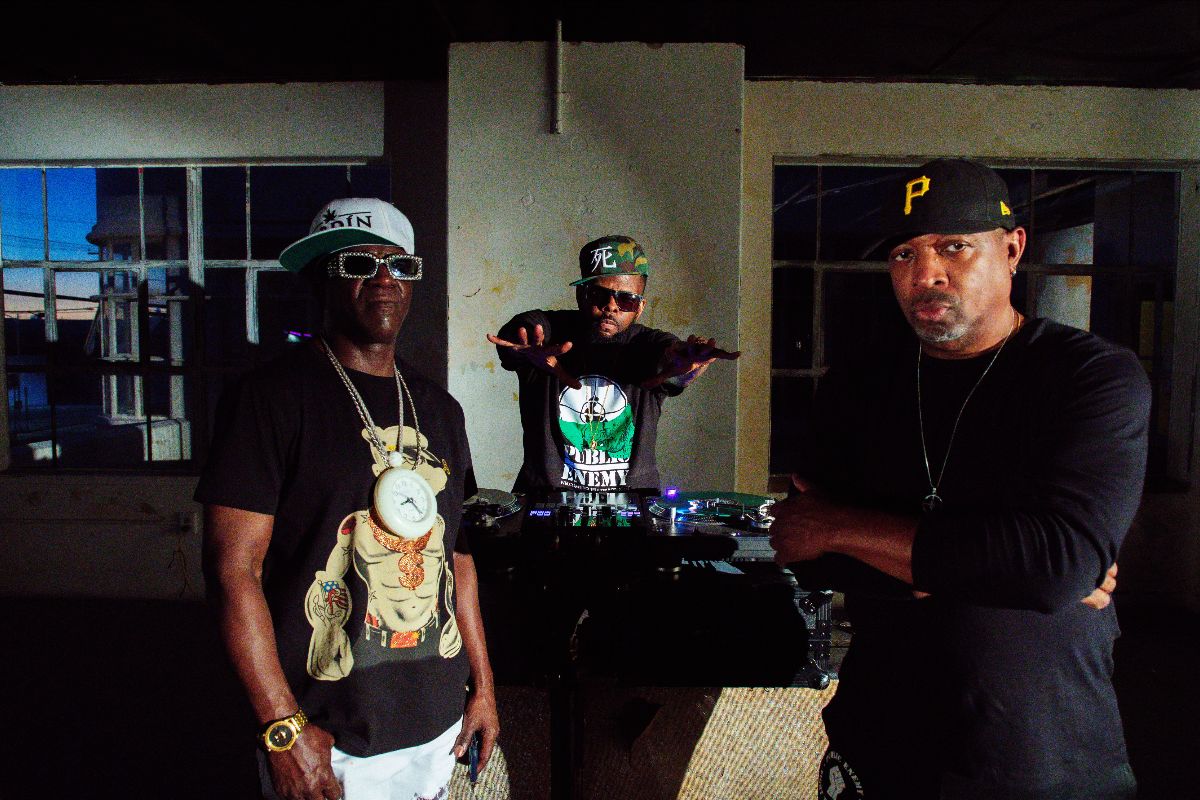 Public Enemy come out fighting with Trump-baiting new single State of the Nation (STFU) and Getintothis’ Banjo listens again to their righteous fury.

Public Enemy are longtime champions of black rights, so with the Black Lives Matter movement focussing the world’s attention on racial discrimination and generating some some righteous anger on its streets, maybe this is the perfect time for them to resurface.

The central tennets of the Black Lives Matter movement are the lifeblood of Public Enemy; their reason for being is to bring black concerns to a world stage and to express their honest moral fury at the state of play.

So, with the impeccable timing they have demonstrated before, Chuck D and the band return with new single State of the Union (STFU).

The single is described as ‘a fiery return‘ as Public Enemy take aim at Donald Trump‘s regime and is the latest in a string of powerful messages about Trump from the band.

Chuck D has also expressed his feelings about his president viva his work with with Prophets of Rage and in his solo work.

He says: “Our collective voices keep getting louder. The rest of the planet is on our side. But it’s not enough to talk about change. You have to show up and demand change.

Folks gotta vote like their lives depend on it, ‘cause it does.”

“Public Enemy tells it like it is” adds fellow band member Flavor Flav, adding  unambiguously “It’s time for him to GO.”

Public Enemy Fear of a Black Planet at 30: They were operating in an openly hostile arena

Public Enemy were early adopters on the Internet, quickly realising it’s potential power to communicate to people the world over and this is something they continue here, with State of the Union (STFU) being given away free at the band’s website, publicenemy.com.

We all know that we are living through troubled times, with African Americans continuing to be gunned down by those who are paid to supposedly protect them.

On top of that, the USA has a president who is at best openly hostile to large swathes of the people he supposedly represents.

Public Enemy have been a focus, a mouthpiece and a broadcaster for the rights and opinions of those who are oppressed, discriminated against and ignored.

We need them now more than ever.