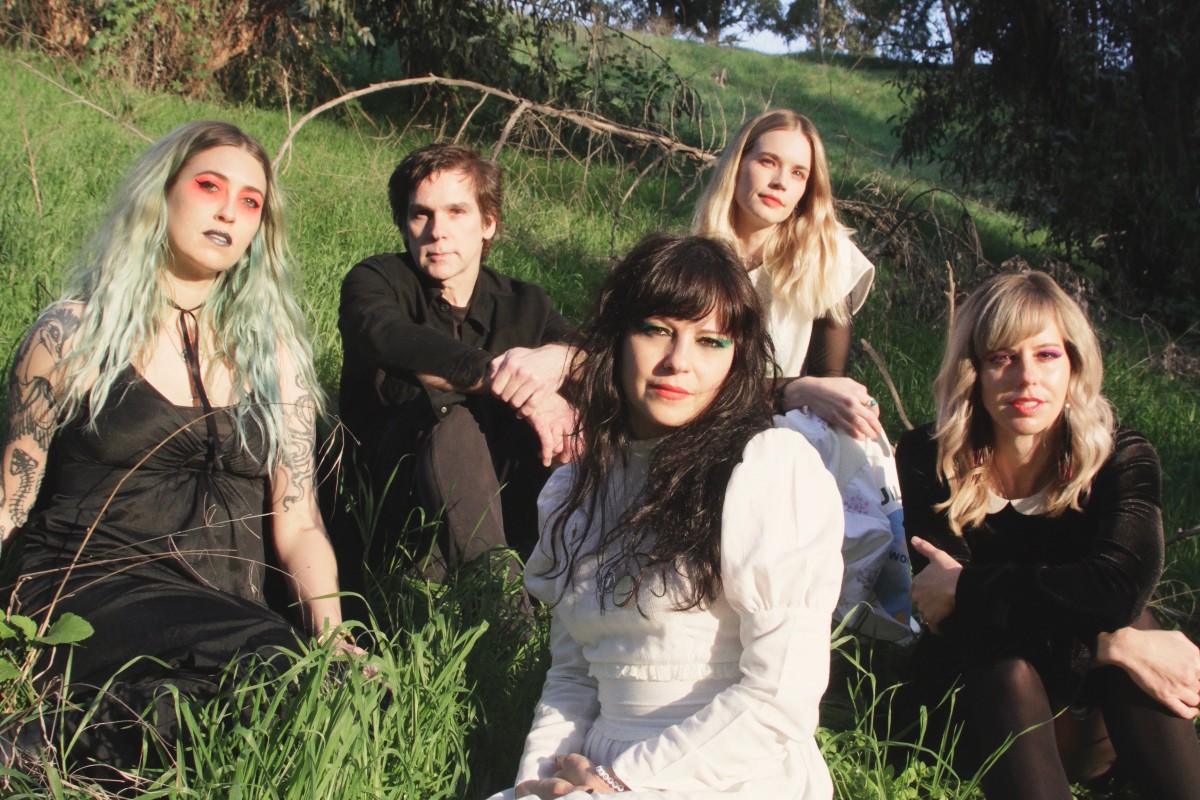 Singles ranging from summery synth pop to sludgy space rock epics have landed to excite your lobes, Getintothis’ Graham Fandango is our guide.

Well, we’re getting there.

We might have to queue for two hours to obtain a Biggie Smalls t-shirt from Primark.

We may need to clear our afternoon for a vegan sausage roll from Greggs, but we’re getting there.

The first shoots of life post-lockdown are starting to pop up, and we are all thirsty for the new normal to become more normal.

Flippancy aside, it’s heartening to think that we can now see our families face to face again using some kind of bubble system (presumably Wayne Coyne has some clout at government level – the man has extensive experience within bubbles).

And while the weather may be more indecisive than the “science” which Bojo and his cohorts are following, we’re at least heading in the right direction.

It’s beginning to look as though we might all be face to face in a tiny, sweaty, venue watching bands we’ve never heard of and having the time of our lives before the year is out. Maybe?

Maybe not, but that’s the dream, right?

One thing that hasn’t changed is that Singles Club is here to bring you some stellar new tracks from some artists and acts who sorely deserve your attention, and as long as they keep playing, we’ll keep listening.

So, without further ado let’s dive into our next set of tracks which should most definitely be blasting from within whats left of your isolation.

LA’s Death Valley Girls have made quite the name for themselves in the short time since their 2018 debut Darkness Rains.

A group who’s signature brand of pulse and melody is sure to please any lover of downtuned guitars and attitude, the band have recently released a 7″ single of two covers.

Rock ‘n’ Roll/EGA which is included below, is a cover of a Daniel Johnston song, while the other side – Breakthrough – is a cover of the seminal psych rock band Atomic Rooster.

The band describes the Johnston cover as bittersweet, as they had formerly served as his backing band.

That connection shines through in the music, which is both heavy and dense, yet melodic and bittersweet.

Suicide Squeeze Records is offering a limited edition pressing of 750 7″ vinyl singles as of June 12.

Well, this is out of the blue, isn’t it?

Doves return from an eleven year hold on releasing new music with a new single, Carousels on Virgin EMI, available on all streaming platforms now.

The track itself wouldn’t feel out of place on In Rainbows, with a syncopated percussive groove over cascading piano lines and plaintive, disarming, reverb soaked vocals.

The band looked to the studio as another instrument while recording, which pays off big time, forgoing guitars in favour of complex, looped drum samples and fuzzed out bass.

The track is accompanied by a reality warping video, evoking a timely air of a human free urban environment courtesy of Yoni Weinsberg.

It’s a nice surprise to see a band which could so easily trade on nostalgia take a somewhat unexpected departure like this – a future facing atmospheric groove which is sure to endear itself to new fans as well as those who were onto them first time around.

DIY Queen Genevieve Artadi has released her second single from her forthcoming album Dizzy Strange Summer which is out on July 17 on Brainfeeder.

If this track is anything to go by, the album is definitely something to look forward to.

Artadi describes the track as a “summery pop song (written about) experiencing love in a time of craziness, touching the sensation of flying while knowing I was actually mid-fall” .

While surely this is something I’m sure we can all relate to these days, the track melds influences from jazz, psychedelia, bossa-nova, and avant-garde electronics.

This sound promises to continue throughout the forthcoming album, which marks her debut on Flying Lotus‘ Brainfeeder imprint, as well as her first self produced project.

Well worth a listen, the track is sure to be coming out of the open windows of those in the know this summer.

As melodic as it is bright, as easy as it is endearing: this is a track from an artist who is definitely one to watch.

Another transatlantic entry from LA, Spice have dropped their third single, 26 Dogs from their self-titled debut album, due out on July 17 on Dais Records.

Another band formed in 2018, the Californian group promise a forthcoming record which comes in at under 30 minutes, but offers driving, simple, layered, songs which traverse driven indie-pop and call to action impulse.

26 Dogs is a propulsive, anthemic slice of stadium indie on a dive bar budget, a reverb soaked call to arms recalling The Who’s Baba O’ Reilly covered by Arcade Fire.

If this is only the third single from an unreleased debut, surely the future is very bright indeed for this band.

In advance of his forthcoming EP Chew Your Food, Deema has released the video for Hash Brown.

Accompanied by a surreal yet humorous video directed by Greedy Goons, Hash Brown promises to deliver one of many bangers (and mash) while being served up in what seems to be an unattended eatery.

We’re saying nothing. Who doesn’t love a hash brown?

Either way, Deema has brought a friend in a balaclava, there’s no shortage of bass, and the bars and flow won’t disappoint. I hope you’re all hungry.

Chew Your Food is out on the July 3 on Different Recordings.

Blackaby: What’s on the TV?

London based outfit Blackaby have released their first track in advance of their forthcoming EP, also titled What’s on the TV?

Having gained attention from the likes of Huw Stephens, Tom Robinson and BBC Introducing‘sAbbie McCarthy, songwriter Willam Blackaby describes the track as “A silly song about funny moments”,  as well as being “short so you don’t get bored”

This is the type of attitude and candour that will get you very far with us music bloggers, and it’s pleasing that the song itself is a two minute rush of fuzzed vocals and guitar which cannot hope to outstay its welcome, even if the sardonic wit of the lyrics and tight rhythm section might convince you to stay.

Blackaby‘s EP is out on the July 24 on Hand in Hive.

James Humphrys: All the Same

Bristol based songwriter and multi-instrumentalist James Humphrys returns with a second single from his upcoming EP Memory Palace.

Described as a “defiant, joyful, post lockdown summer anthem”, James may be getting ahead of things politically, but there’s certainly a timeless feel to the endearingly lazy summer vibes present on this track.

Produced off the sea of Alaska, the track was written and produced while Humphrys was a musician on a cruise ship.

There is an impressive interplay between layered guitars and a swirling rhythm section which belies such bedroom (or indeed, cabin) aspirations.

Once back on shore, Humphrys was able to hone the tracks at Numen Studios, resulting in the laid back funk and easy going vocals we can hear on this release.

Liar, Flower: I am Sundress (She of Infinite Flowers)

It would be so easy to label Katie Jane Garside as something along the lines of “former riot grrrl” or some kind of throwback to a time more prone to pigeonholes and categories.

Altogether more difficult is to explain the output of both her and Chris Wittingham, the other half of Liar, Flower and director of the video to this song.

In a career both spanning and transcending said scene, both artists have worked together on their own terms, with an output which is at once intimate and distant.

Having witnessed Queen Adreena touring their critically panned yet endearingly esoteric debut, it is easy to attest that both main artistic parties of Liar, Flower are at best ambivalent to commercial success.

This does not mean they are without merit, however, and their inclusion on this list is a testament to this.

Seek them out for yourselves, and see what you think.

Brighton’s Fur thankfully recorded some material pre-covid with James Skelly, formerly of The Coral fresh off his production duties for two number one albums for Manchester’s Blossoms.

Grow Up pairs tight harmonies and a McCartney-esque bassline to infectious, woozy melodies which Fur seem to manage so well.

Adding to the nostalgia factor, the accompanying video features the band as children and adults, shot on vintage cameras.

Frontman and guitarist  Murray says that Grow Up is based on an older song which the band have been working on for some time. Lyrically, it references “not wanting to grow up (and face) later adult life”.

Grow Up is out now to stream.

London based artist Fran Lobo has shared the title track from her upcoming EP Brave, due on June 19 on Slow Dance Records.

The aim is to see just how the two facets of sound can mesh and compliment each other, while conveying the impassioned vocals and emphatic backing to make something altogether individual.

As a choir director, Lobo has worked with several prestigious London groups, and has sought to create a textured, feverish, dreamscape of sound using field recordings and traditional instrumentation.

Lobo seeks to capture the sound of triumph at the end of a storm, and with some recent experience of thunder and lightning we cannot think of a better example than this track.

The Clockworks: The Future is No Longer With Us

At 2 minutes and 41 seconds, The Clockworks would like to remind you that every second counts.

A spiky, shouty, post punk banger, this is a no frills exercise in brevity and excellent songwriting.

As James McGregor of the band explains, the song is about trying to tie together cynicism and art, even if it doesn’t quite feel right.

We can all relate to that feeling, and no doubt the band will be feeding off said feeling once they’re back in front of an audience.

The track has already caught the attention of Steve Lamaq and is sure to be a crowd pleaser wherever it is performed.

A quintessential example of just what can happen when great minds lose their minds, The Clockworks  are surely a band to keep an eye on post lockdown.

With artwork featuring the ancianet goddess Bast crucifying an astronaut, you should know what you’re in for.

If not, expect leaden, sludge laden riffs and ritualistic female vocals which sound like Grace Slick devouring a planet.

This isn’t to everyone’s tastes.

Fair enough, but if you want to drink the kool aid and take the trip on this one then it is very much worth it.

Berlin based producer and artist Nicolas Bougaïeff has shared his new track, Nexus, taken from his forthcoming album The Upward Spiral.

Described as a creeping mutation where gabber, IDM, and Drum ‘n’ Bass collide, the track shifts rhythms and tempos frequently, constantly falling apart and reconstituting itself across 3 and a half minutes of claustrophobic, doom laden, electronics.

On his latest album, Bougaïeff sought to reframe familiar tropes into a mind expanding vision of body music, squeezing punishing industrial techno and brash ferocity into a crossroads from the meaningful to the collective, and twisting the foreboding sounds into optimism, commitment, and collaboration.

Perhaps not one for the family BBQ then, but nonetheless definitely worth a listen. The Upward Spiral is to be released via Mute on July 24.