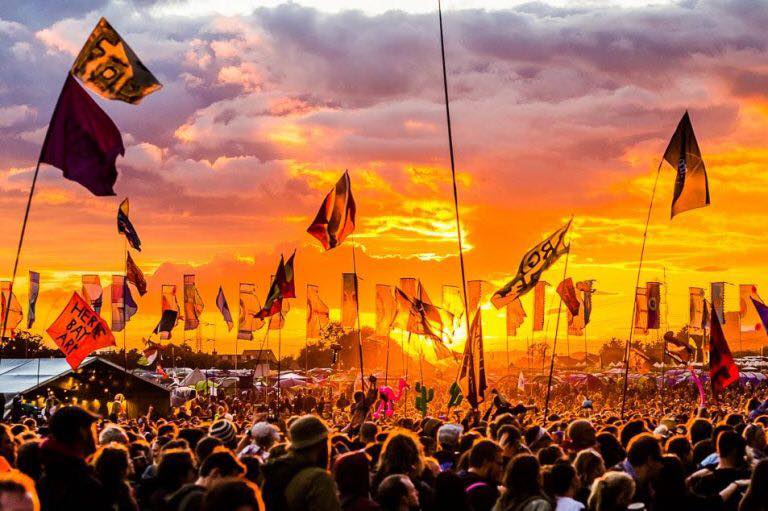 As what should have been Glastonbury weekend approaches, Getintothis’ Banjo looks at how we can get our festival fix in its absence.

With Glastonbury cancelled due to the pandemic lockdown, this weekend will see tens of thousands of Glastonbury lovers at something of a loose end.

But we need not worry to much, as Glastonbury and the BBC are set to bring us hundreds of sets, streamed on various platforms, over the next few days.

BBC1, BBC 4, iPlayer, Radio 1 and 6 Music will be providing the soundtrack for many a Glastonbury party, whilst the Glastonbury web site has music, films, holistic healing workshops and more from a wide selection of their stages, from the world famous Pyramid Stage to lesser known but still loved areas, such as the Stonebridge Bar and The Wormhole.

With people all over the country preparing to celebrate Glast-home-bury, here is as comprehensive a list of the events, gigs, DJ sets and happenings as we could muster.

Get your wellies, flip flops, waterproofs and sunblock ready everyone and open a pear cider, we’re heading to Glastonbury!

For main stage vibes, the Glastonbury website offers Spotify and Apple Music playlists for the Pyramid Stage, The Other Stage, West Holts, The Park, The John Peel Stage.

Block9 will also be going online for the weekend. Friday sees them offer the best DJ sets from the Block9 archive, via their website and Saturday has a party with Norman Jay, DJ Paulette, Heidi and Batu on their YouTube channel.

The Common has livestreamed DJ sets, as does The Unfairground.

Arcadia offers highlights from previous years and news sets, while The Glade Area will be streaming DJ sets from artists that should have been playing this year and has a tribute to Andrew Weatherall.

Glasto Latino has live salsa and tango dance classes from Friday to Sunday while The Wormhole has a selection of DJs sharing the best in Jazz, African, Latin and global dance grooves from 9.00pm each night.

The Healing Fields offer holistic healing workshops and the Greencrafts Village give us all a chance to re-energise with some craft workshops.

Glastonbury: Back to the Garden?

The iPlayer is currently streaming over 20 live sets from Glastonbury past.

As well as this, there is a packed schedule of sets that will be streamed over the weekend and straight into Monday on the BBC’s dedicated Glastonbury channel and even the tantalising promise of ‘Special Guests’.

When Mark E. Smith played Glastonbury – a personal reflection on a unique talent

When We Played Glastonbury, with Elbow, Menswear and The Shirehorses, 04.00
Virtual Glastonbury, 18.00
Don Letts: The Don’s Glastonbury. 22.00