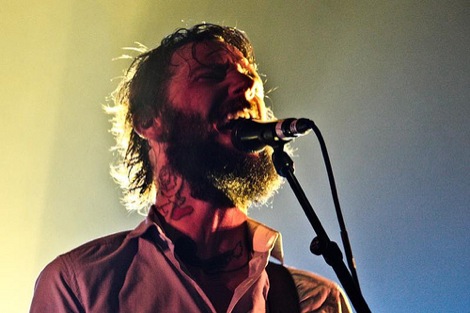 It’s a packed and bushy field that My Morning Band of Fleet Foxes exist in. And the last time Ben Bridwell‘s Seattle bunch galloped into Liverpool they showed why many believed they were a good tip to be leaders of the checked shirt brigade.
Yet once again, doubts remain. They’re not quite there.
There’s little doubt that new record Infinite Arms is a deft progression from their previous outing Cease To Begin – a fine collection in itself, which brought them richly deserved attention this side of the Atlantic – yet there’s still something lacking.
Music aside, the most obvious one tonight is a sound engineer that’s clearly not on the money. Numerous times drums, bass or guitar falter in the mix and during one particular moment an entire track is reduced to muted sludge in the gothic surround of the magnificent Ritz setting as the band play on oblivious to the situation.
As Bridwell admits this is the first time Band Of Horses have aired much of tonight’s set but if the ‘expert’ at the mixing board can’t hear what we hear, what chance have the band? 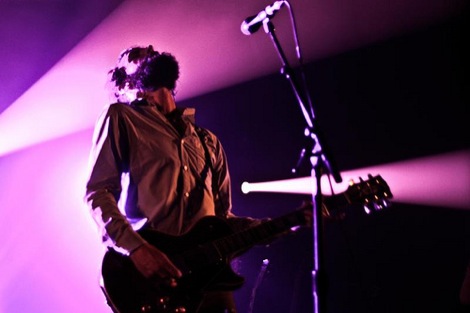 Part of their other problem is variety. Or their lack of it. Supping ice-cold beer it’s easy to drift through their music – maybe that’s their intention – coast along; captured in their still wilderness like the slow moving stag pictured in their visual curtains.
It takes barnstorming efforts like NW Apt. or the magnificent calling card, Is There A Ghost, to stir our passions.
What should have been the BIG moment in the set, Funeral, a track lifted from the 2007 One Tree Hill television soundtrack, Bridwell fluffs the bridge into the final chorus, chortling, ‘Fuck this song, let’s do another.’ His affable charm makes up for the slip, but the magic is lost. 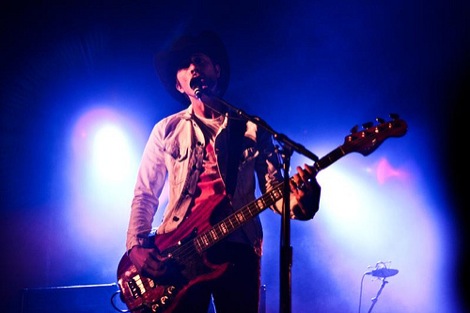 But let’s not be too harsh, Band Of Horses are a very good band – and they fall over themselves in the melody department, particularly on their new album.
Laredo is a metronomic honeyed chugger allowing Tyler Ramsey to display some delicate fretwork, Compliments is as bold and huge as it is on record with that soaring outro, while the title track is a Southern-fried heartbreaker which, like old favourite Ode To LRC, married to Bridwell’s most special of vocals finds them at their understated best.
An hour and 15 minutes later, we’re back into the Manchester air, satisfied yet wanting more all the same. Maybe next time they’ll satiate to the full. 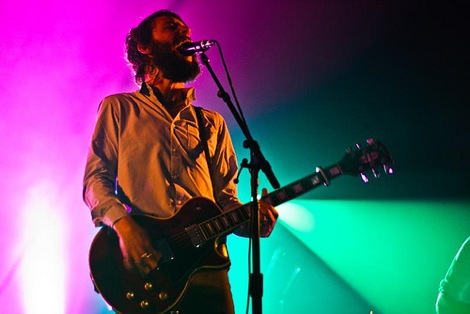