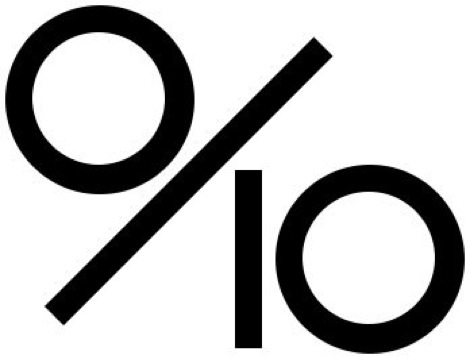 Can a record possibly be so bad, that it’s completely devoid of merit?

That was the question raised during yesterday’s mini online music furore after Drowned In Sound delivered, what editor Sean Adams suggested, was their first zero out of ten mark for an album review in the site’s 14-year history.

The damning verdict was slapped on to Troubled Times, the fifth studio album, and first in over a decade, by Liverpool’s Cast – a band who emerged as one of the key also-rans during the Oasis–Blur–Pulp-dominated Britpop era of the mid-90s.

And DiS‘ writer Dan Lucas‘ stinging zilch prompted an online flurry of comment and opinion of which seemed to centre more on the scribes’ style – or lack of – rather than the derisory score he’d deemed fit to ‘award’ to John Powers‘ returning collective.

Far be it for Getintothis to tear shreds off a fellow critics’ opinion – though given two thirds of said review was devoted to the longest drop intro in the history of drop intros (concerning cricket, no less), it seems fair to say, Troubled Times‘ content was second to Lucas’ long-winded analogy – yet it opened up the floor to a number of posers.

Not least what art is so devoid of merit that we should consider it pointless for consideration, lacking entirely of substance, bereft of creativity, inconceivably worse than The Pigeon Detectives or a zero out of ten?
During Getintothis‘ annual round-up, we always include among our Best of the Rest top films, local hero, finest labels, memorable gigs etc… our worst records of the year.

Last year David Lynch‘s pretentious impression of a squeaky fart, Crazy Clown Time, and White Lies‘ baffling turgid Ritual were edged out by the full-blown cocaine opera joke factory that was Glasvegas‘ EUPHORIC /// HEARTBREAK \ to scoop top flop of 2011 – a record which managed to combine U2‘s inflated-ego with Be Here Now‘s overblown preposterousness.

Yet despite it’s unequivocal rubbishness, we’d happily give it 2.4 on the Pitchfork scale for sheer humour value alone. And the artwork’s nay bad either.

On a similar tangent, The Chris Martin Band are regularly on the end of some playful jibber jabber on these here pages, but we’d find it inconceivable to give credit where it’s due – and those last two records, despite their wanton blandness, easily avoid a nul points.

Everyone remembers Pitchfork‘s irreverent blow out of Jets‘ Shine On – a record so dire they saw fit to post a video of a chimp pissing into it’s own mouth rather than their usual review – and the subsequent piece went viral.

Now I’m not suggesting Drowned In Sound, and certainly not Lucas, had the same intention (in fact the writer does display a consistency for mocking Britpop also-rans) – but Sean Adams is a very clever dude and his subsequent incredulity on Twitter did raise a few knowing eyebrows.

Tweeting ‘We think this might be the first ever 0/10 review on DiS…,’ to their near 38,000 followers is clearly asking for a reaction.

And the reaction they got – was largely that of dissent, including the response of Liverpool Hope lecturer and blogger Paddy Hoey suggesting that the review was characteristic of ‘everything that is wrong with music journalism now. Me me me, nothing about the music.’

Of course attributing any mark in an artistic purists’ eyes is a big no-no – why should art be scored at all is the usual stock phrase?

A scoring system is always open to any number of flaws, particularly if it’s a publication with numerous contributors often leaving the reader to build up levels of trust with individual writers – however, even the most ardent musician must secretly pay attention to the reviews.

‘We make the music for ourselves,’ is on a similar level of short-sightedness when it comes to artists dismissing critical debate and deliberation.

Lucas’ review also brought up the debated at length question of the role of the critic. Last year The Observer argued at length that, due to the rise in social media and the instantaneous nature of Twitter, that the age of the critic is effectively over.

But Getintothis would argue vehemently against this – it’s surely more a case of what do we expect from our music critics?

Information, insight, humour, reliability and opinion are high on our agenda. And in 2009, musician-turned critic, Chris Weingarten managed to include all that and more while flipping the whole thing on its head tweeting reviews in at 140 characters or less, proving you can marry online’s vivacious appetite for consumption of music with a credible journalistic medium.

But back to Lucas and the review he probably would, given the chance, nudge up to at least a 1/10; what does deserve a 0/10?

Delving back into the Getintothis archives, Brum jokers The Twang were handed a generous 3.5 while Perry Farrell‘s Satellite Party‘s ill-advised foray into World Peace resulted in a teaming up with Peter Hook and Fergie from the Black-Eyed Peas – we dished out a 2.5/10.

Approaching our fifth birthday, we’re a long, long way behind Drowned in Sound – but it’s still hard to imagine discovering a record so bad it slam-dunk’s it’s way into the abyss of nothingness – not even Nadine Coyle can manage that.