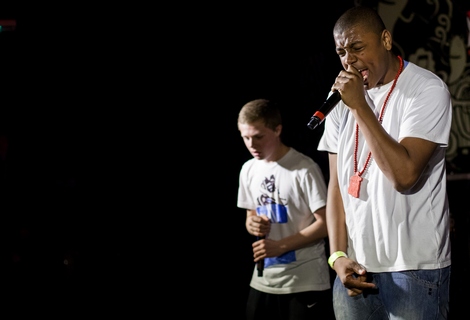 Have you ever wanted to know what a six-piece grime-unit headed by a 15-year-old prodigy sounds like?
If the answer is ‘yes‘ then you have to catch Liverpool’s own Kasst next time he’s on. The hotly-tipped youngster was flanked by several contemporaries as he ripped Bumper a new one, channeling the ferocity of genre standard bearer Giggs, and the ruthless flows of Foreign Beggars, while staying firmly Scouse in nature.
Truly a sight to behold, some of his mates up there with him couldn’t have been older than 14. Incredible. 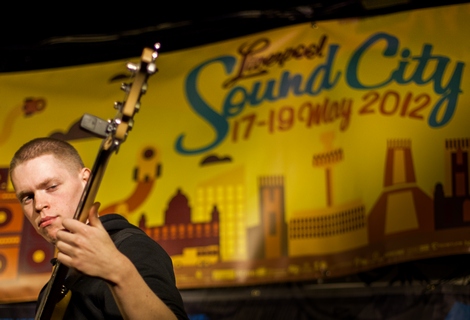 Coffee And Cakes For Funerals live at Liverpool Sound City 2012.
Changing the pace were Coffee and Cakes for Funerals, who were one of the weekends most hyped acts, and a featured band on Getintothis.
It’s easy to be fooled by CACFF, on the face of it they look like a crew of scallies, all cropped hair and hoodies, but they produce outstanding Neptunes-era Timberlake style R&B. 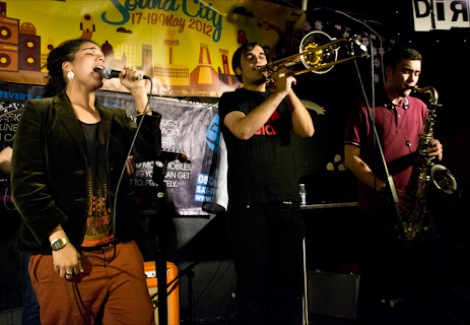 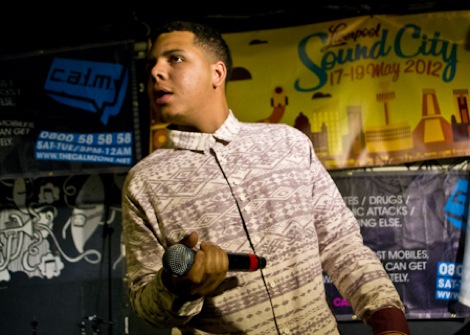 Future live at Bumper during Liverpool Sound City 2012
However, to say they are in fact R&B is a disservice, as they are equal parts Stone Roses and early UNKLE, and the jams they played were somewhat sexy. Defo ones to watch. 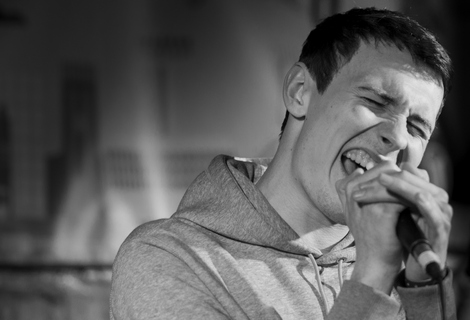 Coffee and Cakes for Funerals live at Sound City 2012
Over to the Kaz for one of the most anticipated sets of the weekend, Ghostpoet.
Flanked by a guitarist and drummer, the 29 year old subjected the packed Kazimier to an incredible array of dystopic samples and self deprecating lyrics, giving an air of group therapy, but in a good way. 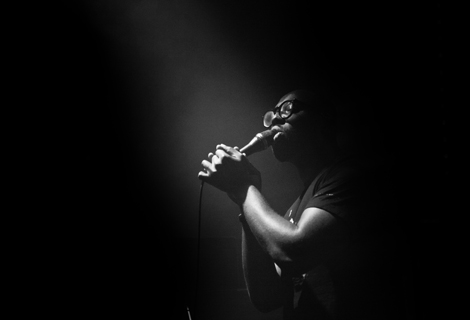 Ghostpoet live at Liverpool Sound City
Ghostpoet‘s set unravelled slowly, with the eponymous rapper at first appearing distant and awkward, his song matter haunting, his flow laced with sorrow and thought.
He eventually became more animated and forthright with each track, his body language becoming more free-moving, his delivery taking on a more positive tone, with his production running the gauntlet from Massive Attack style ambience, to Madlib style jaunts, all dripping with repetition and heavy echoes, giving a distinctly ethereal quality to his songs.
The hour long set built and built to one final major push, plunging the Kaz into a state of near euphoria, the once static hipster crowd bouncing and flailing as if their lives depended on it. As wanky as it sounds, he took us all on a musical journey, then promptly left, leaving everyone unsure of what to do with their lives.

Ghostpoet sends the bass through the Kazimier at Liverpool Sound City 2012
Ghostpoet perhaps summed Sound City up the best, his lyrics ‘Love is here, not over there‘ truly striking a chord and making us realise how lucky we are as a city to have an event of such magnitude. The perfect way to cap off three amazing days, roll on 2013.
Pictures by Marie Hazelwood, Richard B and Darren Aston.