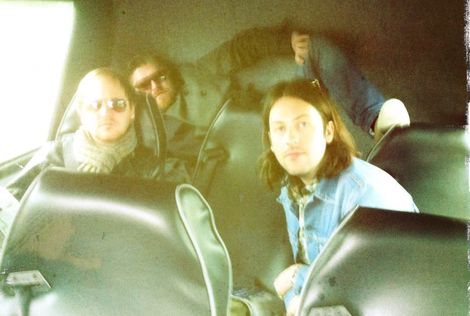 The challenge of following up success is a tricky one.
From The Second Coming to, erm, Teen Wolf Too, history is littered with sophomore efforts which have failed to recapture the magic of the predecessors which made them possible.
Given the launch night of the Dovedale Social, featuring the Tea Street Band, was a pretty special evening of Balearic euphoria and real ale, how would the organisers approach week two?
The answer – by going in an entirely different direction.
Although the bands clearly share a mutual respect – we spotted TSB‘s James Albertina among a healthy crowd gathered to the side of the stage – they’re very different beasts.
While Tea Street are reinventing Balearic beats for a new (and old) generation, Cold Shoulder‘s sound owes more to classic rock from both sides of the Atlantic. The Black Keys are an obvious reference point, but the band are more than just the sum of their influences. 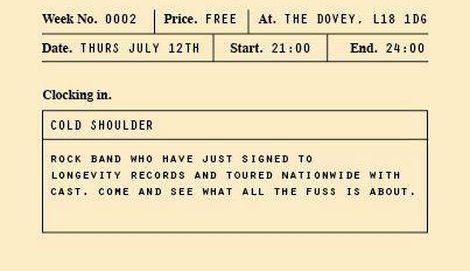 An impressive gaggle of original songs reveals there is light and shade here, and the rhythm section in particular make Cold Shoulder a live act to be reckoned with.
A sharp, smart set includes three new songs, but the highlight is debut single Lucifer. A driving, insistent stormer, it feels like a statement of intent from a band set to make a big noise in every sense.
A preponderance of denim (even double denim) in the appreciative audience reflects the shift in mood compared to last week.
There are plenty of new faces, and even at this early stage it looks like the Dovedale Social is standing on its reputation, its broad church approach allowing it to reach out beyond the already-converted music-goers of Liverpool and connect with something more organic.
This is people going out to a fantastic venue, supporting local music outside the city centre. It’s bringing another dimension to one of Liverpool’s iconic pubs and reminding people there’s life in the South end beyond Lark Lane – and, as Tea Street helpfully pointed out on Twitter last week, it’s dead handy for the 86 bus.