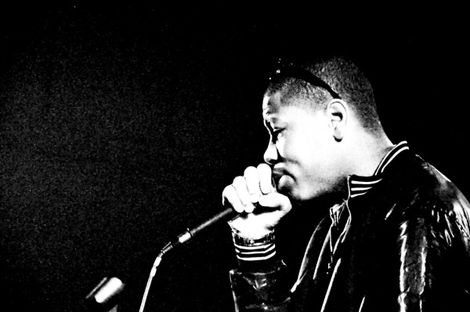 MOBO Award 2012 are almost upon us, ahead of Getintothis‘ panel discussion on Liverpool’s history of black music we pick a selection of Liverpool artists doing the business today in Merseyside.

The MOBO Awards 2012 crash land in Liverpool on Saturday.
But it’s not all about Plan B, Rita Ora and Emeli what’s her face, Liverpool’s urban music is on a continual rise and tomorrow (Thursday) key players from the city’s music scene will be at the Museum of Liverpool discussing black music on Merseyside.
Ahead of the MOBOs showcase and tomorrow’s discussion, Getintothis chooses a selection of Liverpool’s urban, grime, hip hop and everything else in between music scene for you to lock your ears round.
iP
Combining Eminem‘s wit, Jay-Z‘s savy for a sample and a winning Scouse tongue-in-cheek vibe, Sean iP Hegerty, is one of the most exciting emerging artists from Liverpool in some time.

KASST
One of Getintothis‘ big favourites, we’ve been writing about teenager Kasst for sometime. His lyrical flow is peerless and married to his killer beats he’s blazing a trail through Liverpool. Watch him blow up in the future.
More Kasst on Getintothis.

JAMIE BROAD
Hip-popper Jamie Broad rose to prominence when he re-recorded his track Knock A Door Dash for Liverpool FC’s FA Cup track.
But don’t pigeonhole him as a one-song dude, his way around a melody and knowing lyrics make for repeat listens – take a listen to his debut A Nice Cup Of Tea here.

ESCO WILLIAMS
The nu-power soul geek is the big success story of Liverpool’s urban music scene – from Toxteth rising soul/hip-hop talent to GIT Award nominee to MOBO winner.
Twelve whirlwind months and Esco’s set to release his debut single The New Challenger at the GIT Award 2013 launch party on Friday November 16. Get into that.
Getintothis on Esco.

FIYAGO
One of the few Liverpool hip hop stars weaving the textured chillwave beats of US guitar indie with distinct Scouse grime and hip hop, Fiyago is a raw diamond we’re very excited about. Expect more from this one.

BANG ON!
Quite simply Liverpool’s smartest rapper. No one can touch Elliot Egerton – aka Bang On – when it comes to wordplay.
He rocked up to April’s GIT Award shortlist ten seconds before he was due on stage, threw down his stuff and smashed it comprehensively. Grade A gold with the crossover potential of Dizzee.
Getintothis on Bang On.

JAY ALEXZANDER
Like galaxy chocolate, Jay is smooth and mighty luxurious. Part of Esco’s crew, his musicality and rich vocal has to be seen live to be believed. Fine talent, and a real gentleman.
Getintothis on Jay Alexzander

Meanwhile, here’s Liverpool urban legend – the one and only KOF – and his guide to Liverpool city centre for the MOBOs ahead of Saturday’s show.