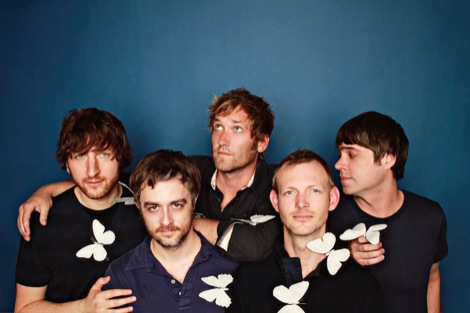 Math-pop Seattle bruisers Minus The Bear have dropped new track Listing to coincide with a date at the Kazimier on April 28.
The cult five-piece released fifth studio album Infinity Overhead via Big Scary Monsters Records in September 2012, and Liverpool audiences will be treated to a rare live outing later next month.
They’ve been long-time favourites at Getintothis HQ with 2007’s Planet Ice scooping our album of the week, and ranking #10 in our albums of the year.
Melding furious time signatures, urgent riffs, cataclysmic percussion and serious pop nous they’re a live proposition not to be missed.
New track, Listing, is released on April 15 alongside an animated video directed by friend Jesse LeDoux and produced by animation studio Six Point Harness.