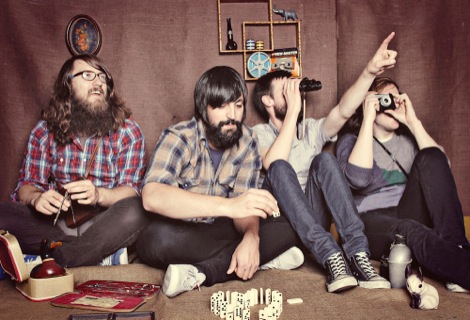 Getintothis offers readers the chance to win two passes to see Maps & Atlases and Tall Ships at the Kazimier.

There’s a catalogue of bad excuses in our locker as to why we’ve missed top gigs.
Oasis at the Lomax in ’91 – we went to our nan’s for tea. Now my nan’s egg and chips were top drawer, but missing the Gallagher’s debut in Liverpool still haunts us.
We can’t quite remember why we passed up the opportunity to see Maps and Atlases in the downstairs of the Academy in 2010, but you can guarantee the reason was woeful in comparison to the feast they served up that night.
Specialising in progressive pop they meld melody with intricacy which oozes rhythmic flair and catchy hooks, and their last two records to date – Perch Patchwork and Beware & Be Grateful are under the radar avant-rock gold.
The same can be said for co-tour headliners Tall Ships who’ve amassed oodles of praise for their post-rock dynamism and riff-heavy anthems. They’re also a big favourite around these parts with previous shows going down a treat.
Getintothis has teamed up with the good folks at EVOL and You Do The Math to give two lucky readers a chance of winning two passes to their show at the Kazimier on Tuesday March 5.
To stand a chance of winning, follow Getintothis on Twitter, answer the following question and add #Maps.
Q) What is the name of a person who makes maps?
a) Cartographer
b) Cartoonist
c) Calligraphy
d) Contour
Event and ticket details.