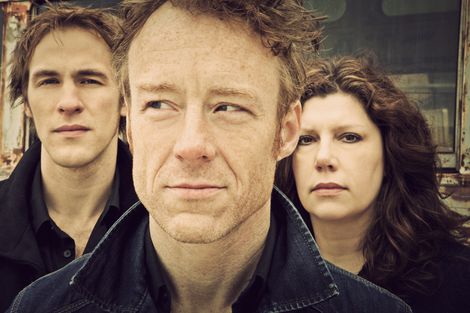 Low are to play Liverpool’s Anglican Cathedral on November 18.
Celebrating their 20th anniversary Alan Sparhawk, Mimi Parker and Steve Garrington are to bring their tenth studio album, The Invisible Way, to Liverpool in what promises to be another special addition to the Cathedral’s growing list of spectacular live happenings.
The Invisible Way, produced by Wilco‘s Jeff Tweedy, finds Low‘s majestic melancholy in full bloom yet distinguishes itself with its starker, unadorned soundscapes, layered harmonies and drummer/vocalist extraordinaire Mimi Parker singing lead on five of the 11 songs.
Low are also now making available a fantastic six-song live set they are calling Low – Plays Nice Places.
The recording features five previously released fan favorites, as well as a new song called Waiting, all of which were recorded at various historic theaters on the bands April 2012 tour supporting Death Cab for Cutie.