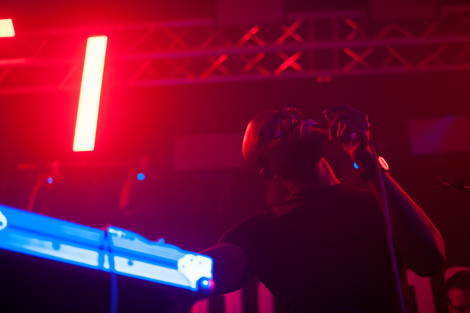 Since East Village Arts Club reopened their doors after their swanky refurb last month, it’s fair to say Getintothis have been regular visitors.
Not only is it great to have the Masque, SORRY, the Arts Club back on the Liverpool circuit but they’ve made good on their promise to deliver a varied and interesting calendar of events. So, you know, mad props for that.
ANYWAY, regardless of us being impressed with it all and starting to sound worryingly licky (won’t happen again, we promise) what we’re actually meant to be telling you about is Ghostpoet‘s visit to Liverpool to promote his freshly released album Some Say I So I Say Light which is a bugger to say when you’ve had a drink or two.
We like Ghostpoet, he’s an affable chap who consistently impresses with his live performances so we’re really looking forward to seeing how the new tracks pan out in his set.
Taking to the stage in an unassuming get up (black top, black pants, guns of steel), he gets all the crowd to come closer to the stage. This is the second time in two days we’ve been encouraged to creep closer towards the artist performing – the previous evening’s culprit was How To Dress Well – so we’re assuming this is some new trend in intimate gigs. Or they’re just sick of playing to a crowd nursing their pints in the shadows.
He’s joined by a drummer, a lad on keys and another girl also on keys whom we assume one photographer working the gig took a fancy to given that he must have taken at least 1000 identical photos of her. 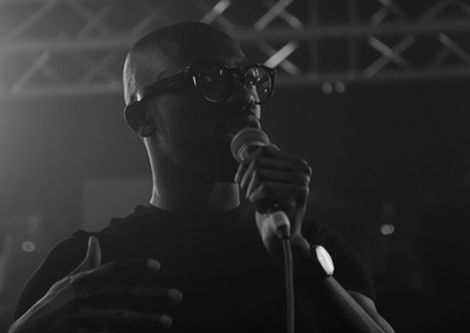 Ghostpoet, a thoroughly nice chap, at East Village Arts Club
It’s a bass heavy set – just the way we like them – and seamlessly performed. GP (given how close to the stage we are, we feel like we’re comfortable enough to call him GP) has a really good rapport with the band and this comes across in the performance. We like this, it’s good to be friends.
He’s also similarly jocular with the audience and tries a bit of flattery to get a Tuesday night audience moving. Liverpool knows how to get down apparently and gradually sections of the assembled respond to the suggestion.
After opening with Gaaasp, we’re treated to a mixture of old favourites from the Mercury nominated Peanut Butter Blues and also a showcase of his new swag. Plastic Bag Brain is a stand out track from the latter, Liiines provides our choice from the former with a climatic drum finish.
What has to be noted is the overall length of the set. Perhaps we’re still recovering from the shorter Sound City timings, but it seems noticeably elongated. This isn’t a complaint however, merely an observation and after the “last song” (never the last song) Comotose ends on a triumphant extended outro, the crowd isn’t impatient to leg it out of the door but dutifully hangs about for the encore.
The fittingly titled Finished I Ain’t provides the first encore track and then as the last chimes of Us Against Whatever Ever peter out, we’re left to consider that not only is he a really nice fella, with a good band, great setlist and brilliant stage presence … he also provides excellent value for money. What more can we ask for? 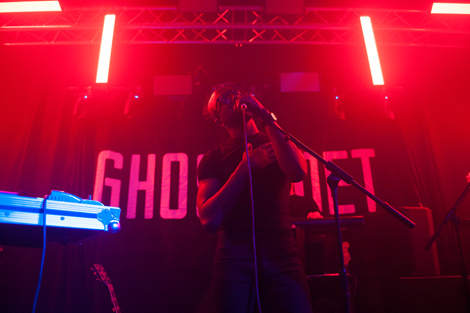