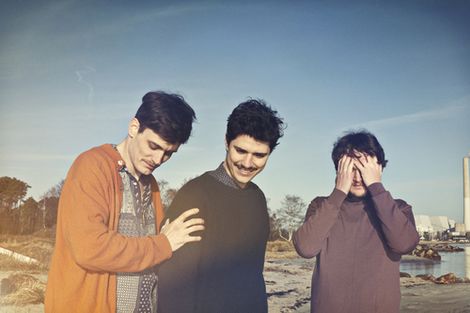 Denmark avant-rock band Efterklang have added a Liverpool date to their whistle-stop Autumn UK tour.
The trio of Casper Clausen, Mads Brauer and Rasmus Stolberg, will bring their expansive, multi-instrumental sounds to the Kazimier on Sunday October 27.
The band, who are signed to iconic indie label 4AD, have released four studio albums including the critically-adorned Magic Chairs, breakthrough Parades and most recent 2012’s Piramida.
Listen to their new track Look Up performed live in February at DieselHouse as part of Copenhagen’s Frost Festival below plus Apples, a cut from Piramida.
Read Getintothis‘ review of Efterklang and The Northern Sinfonia at the Bridgewater Hall, Manchester here.