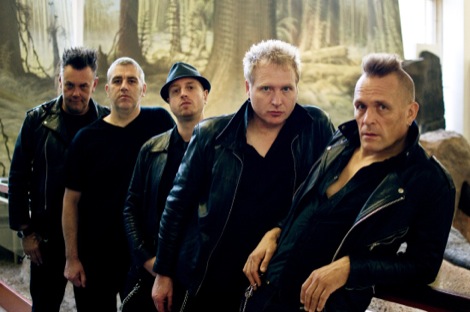 Goldblade have announced a date at East Village Arts Club on Saturday December 14.
Led by renowned music journalist, owner of Louder Than War and host of the 2012 GIT Award John Robb, Goldblade are taking their fast and furious new LP The Terror Of Modern Life to the masses.
Fresh from his cameo appearance alongside The Farm at this weekend’s Stanley Park gig, Robb and his cohorts promise a no holds barred affair from a band who have a lot to say for themselves.
Support comes from the twin-bass behemoth Super Fast Girlie Show.