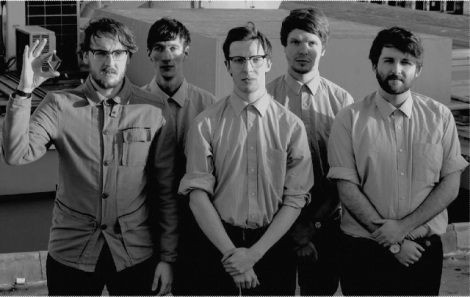 Liverpool horror-poppers Lovecraft return with a haunting new single and a launch night at MelloMello. Getintothis’ Joseph Viney peers into the darkness.

Just when you thought it was safe to press ‘play’ again…
Bringing tales of doomed romance, witches in the sky and lovemaking by firelight it can only be Lovecraft.
The mesmeric group, led by veritable wordsmith and charismatic Archdeacon of doom Craig Sinclair, have emerged from the shadows with Häxan.
Its name taken from a 1920s Scandinavian film that explores the misappropriation of mental diseases as the catalyst for witch-hunt hysteria, Häxan aims to strike deep into the listener’s heart.
From its pounding drums and guitar work reminiscent of gloom overlords such as The Cure, the track displays Lovecraft’s strengths; surreal narratives that embrace the dark side, but always with an element of hope and redemption at hand.
Lovecraft can be found barricaded inside MelloMello on Thursday October 3 for the single’s official launch where, if we’re lucky, a demon or two may be summoned.