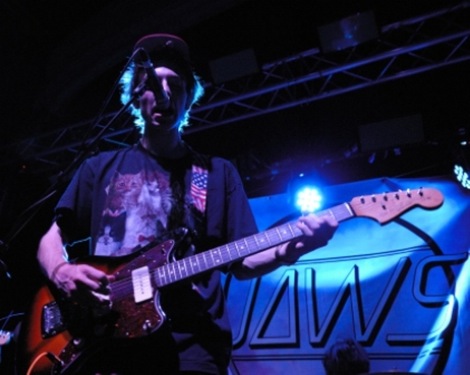 JAWS landed ashore and took a big bite out of Liverpool, Getintothis’ Dru Ryder was gonna need a bigger boat.

With debut EP Milkshake released in April, JAWS have been following in the footsteps of their fellow Birmingham bands and friends, Peace and Swim Deep. Vacant lyrics and soothing drawls; never has the spirit of laziness been so ‘in’. Performance isn’t really on the agenda for these boys.
Dreamy guitars do their magic, washing over the crowd with a warming sensation. Frontman Connor Schofield spends most of his time with his back to the audience or standing to the side facing bassist Jake Cooper.
Sporting a t-shirt that had a compilation of cats on the front and the back (which we probably saw more of) and a red cap, Schofield looked every bit part of the Brummie new wave that is stealing a march on the pages of the UK music press.
Surround You opened with fuzzy guitar and serrating melodies echoing the slacker revival, whilst Donut screams of surf pop; a suffused market that the boys comfortably fit into.
Closing with Stay In, the night was chilled and soothing, leaving us in a dreamy dazzle and rapture of tie dye. 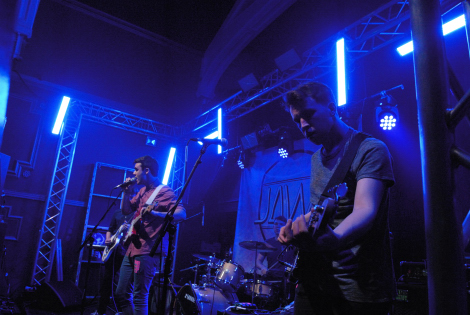 Soho Riots at East Village Arts Club, Liverpool
A six song EP was never going to be enough to fill the night, and the first support act Soho Riots had their own stab at perfecting the indie formula.
Less lazy than JAWS with a punchier vibe, Soho Riots are ones to watch and are swiftly making a name for themselves beyond the Liverpool campus where they usually reside.
Liverpool band Vynce are already on the radar of people like The Verve’s Simon Jones, who described them as a “quality live band“. With two members from Merseysiders Notion, they pushed out catchy choruses and gave the impression that they are fully prepared for a new lease of life. 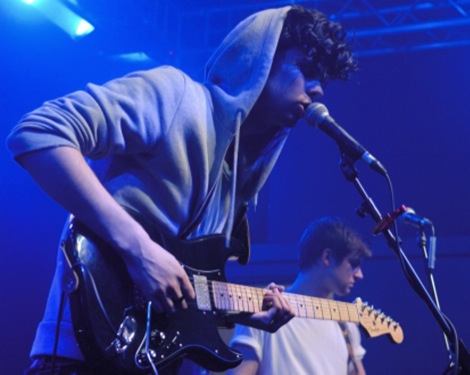 Run Tiger Run were the main support for the night and spent their allotted time hyping up the swollen crowd for some serious indie swaying. They are relatively new to the Merseyside scene, having only been together for less than a year, but their riffs and attitude call to mind groups like Foals.
Hoodie placed perfectly on top of the curly quiff of hair, frontman Mike Bower seemed to get a little overwhelmed by their biggest gig to date, sincerely thanking everyone for their support.
The night started with a punch of Merseyside emerging talent and ended in a daze of dreaminess thanks to the whimsical JAWS. It’s enough to make anybody float home happy. 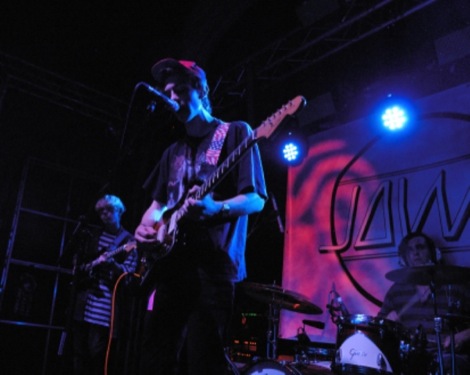