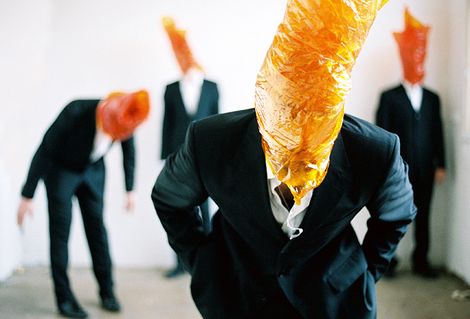 Liverpool International Jazz Festival returns in February 2014. Getintothis gives the lowdown on what’s on at the Capstone.

Liverpool International Jazz Festival is back and will take over Capstone Theatre from Thursday February 27 to Sunday March 2 2014.
One of the UK’s most exciting live bands, Get The Blessing, featuring members of Portishead head the bill.
Fresh from a European and American Tour for their 2012 album OC:DC, they are back on home soil to bring you their unique signature sound that defies easy classification yet never loses sight of thumping tunes, monstrously infectious beats, or joyous collective spontaneity.
Celebrated British Jazz pianist and multi-award winner Jason Rebello opens the festival, which launched in Liverpool last year.
Labelled a veteran at the age of 19, Rebello released his debut album back in 1990 and has subsequently worked with Jeff Beck and Sting.
Anglo-American jazz ‘supergroup’ The Impossible Gentlemen will be performing tracks from their acclaimed new album Internationally Recognised Aliens.
The band’s newest line-up features Steve Rodby, bass player for Pat Metheny Group.

The festival’s ever evolving music also features Unfurl who combine Indian ragas, flamenco and Arabic music to bring you a creative and original sound ranging from the dramatic to the sublime.
Also on the bill are Blue Touch Paper who will also be performing tracks from their brand new album Drawing Breath plus Stuart McCallum Trio who kick off the Sunday session.
As well as these highlight events, throughout the weekend there will also be other concerts and workshops taking place at the Capstone Theatre at Liverpool Hope University’s Creative Campus.
These will all be announced in due course. Tickets for the Liverpool International Jazz Festival went on sale on Friday September 27. There is also a festival weekend pass available.
This joyous jazz extravaganza made a lasting mark on the city in 2013 and the now annual event brings the finest collection of contemporary and swinging, soulful jazz music and artists the genre has to offer.
For more information visit the Capstone Theatre’s website.