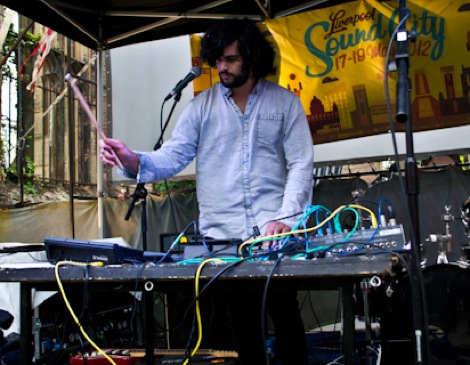 Each year Liverpool Sound City lays on a top drawer Saturday BBQ. To calm the mind and ease the body, the break from the relentless rushing around the city provides the ideal oasis for ravaged souls to take stock, enjoy fine food and listen to a collective of musicians from around the world.
Last year, the Kazimier Garden‘s Korean showcase proved a festival highlight, yet for three years previous it was the Australian barbecues which fast became the stuff of city legend.
The likes of Jackson Firebird, Ironside and Sietta all delivered a veritable feast to accompany the very literal one on offer from the Heebie Jeebies‘ chefs.
However, it was Sydney hip-hop head Oliver Tank who’s understated cool, dusty electronica, glacial torch ballads and Snoop covers that stood head and shoulders above the rest. His subsequent Dreams EP released in November 2012 was a sumptuous delight.
Now he’s back with new track, Different Speed, featuring fellow Aussie and Empire Of The Sun remixer, Ta-Ku.
The track is set to be featured on Tank’s upcoming EP, SONGS TO BREAK UP TO EP released tomorrow (October 8). It’s a guaranteed winner.