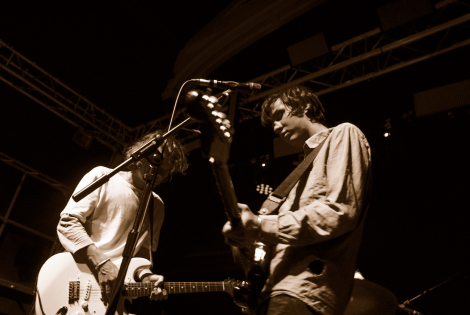 They may be dripping in sweat-soaked abandon, but as Getintothis’ Sean Bradbury explains Splashh are more than a teenager’s wet dream.

Splashh don’t just shoegaze, they stare intently; with tunes forged by forceful glaring at footwear and matches holding their eyes wide open.
The result is a well-balanced spectrum of fuzz-pop euphoria demonstrated over a 50-minute set at East Village Arts Club.
Headspins bounces with jaunty Pixies bass and infectious six-string hooks, while the serene hues of Green & Blue float over a wall of ghostly My Bloody Valentine guitar howls. Sasha Carlson‘s vocals linger and drawl on All I Wanna Do, which buries a radio friendly Foo Fighters jangle somewhere underneath its layers of shimmering noise.
This is no one off as the other singles from debut record Comfort – Need It and Vacation – have a similar effect shining through their looser, thrashier Vines tones. 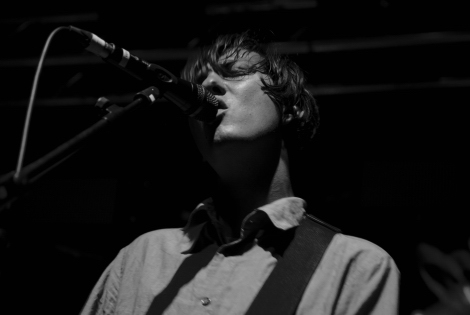 It’s all manna for the determined young headbangers down the front but there are also instrumental psychadelic breaks which get nods of appreciation from the older casualties at the back.
Lead guitarist Toto Vivian summons up flashes of feedback and does distorted damage through a synth with Xanax Party – a pretty good description of the band’s hazy textures – stickered on the side of it.
There is minimal chat from the stage between songs and a couple of offerings come less distinct and more forgettable, but further listening to Comfort confirms there are tuneful melodies to be teased from almost every track.
Splashh may look like four skatepack scamps, but their whirling dervishes of sound show a maturity beyond their seemingly tender years and indicate a future much less fuzzy than their music. 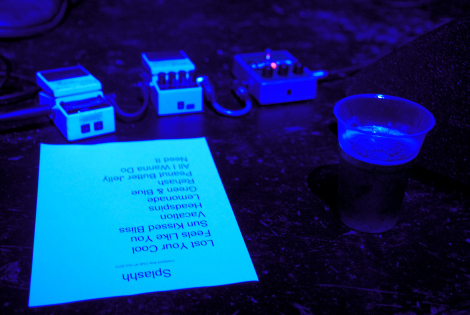 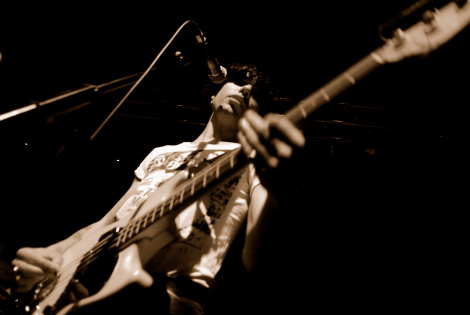