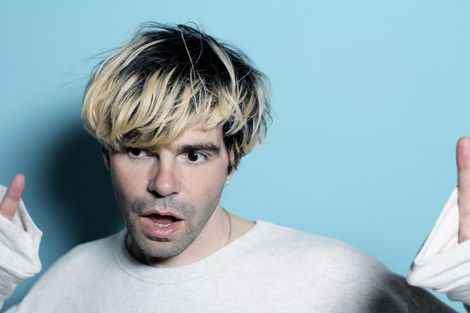 The Charlatans’ rescheduled date at St. George’s Hall is imminent. Getintothis has a pair of tickets for this emotional spectacular.

The Charlatans were originally due to grace Liverpool back in August as part of the finale for the Liverpool International Music Festival, bringing their swaggering dance infused indie-rock to the glorious surroundings of St George’s Hall.
Sadly the tragic passing of drummer Jon Brookes meant that show (which we previewed here) was rescheduled.
The band will now play Friday November 8, and joining them on the day will be The Tea Street Band, By The Sea and The Fallows.
Running concurrently on the night, Cooking Soup’s own stage will put the spotlight on some of the region’s live music stalwarts such as Police Squad, Deadbeat Echoes and Regency.
We’ve teamed up with promoters Club Freeze to offer Getintothis readers a pair of passes.
To win just answer the following question below and add Getintothis on Twitter followed by #Charlatans
Q) What was the name of Charlatans‘ 1994 album?
a) Up to Our Hips
b) Up To Our Eyes
c) Up To No Good
d) Up Up And Away