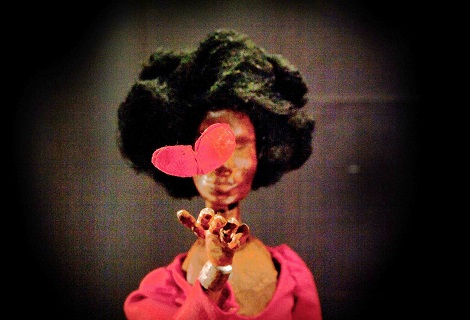 An ode to love nearly won, lost and mulled over, Terence Nance has struck gold with his new work. Getintothis’ Paul Baker discusses the finer points of this hidden gem.

FACT’s avant-garde Discover Tuesdays spot last week gave Liverpool film fans the chance to see young American filmmaker Terence Nance’s award-winning movie An Oversimplification of Her Beauty.
It’s an attention-grabbing title and Jay-Z on the production credits certainly adds to the intrigue.
The film attempts to tell a ‘will-they, won’t-they’ love story in an entirely original way; interspersing documentary-style footage of the relationship, straight-to-camera interviews and acted set-pieces with some eye-clawingly impressive animation sequences.
It’s all superbly narrated with Nance’s own thoughts on the philosophy of a relationship that seems to be three parts friendship to every one part love.

The film’s production history spans six years, from the creation of a short film, entitled ‘How would you feel?’ – which metamorphosised into the full movie – to the eventual premiere of An Oversimplification at the Sundance Film Festival in 2012.
In between that, Nance seems to have learnt how to become a film maker and how to exist within the industry. He made music videos, web series and artist documentaries along the way and his finished film is certainly testimony to his many talents.
Nance directed, scripted, starred in, animated, wrote and played the music for An Oversimplification, which is an almost 90 minute long autobiographical feature.
In terms of ‘look at me’ statements, it’s right up there.
The film is stated to be a fuller exploration of a short film that Nance made about his friend and not-quite girlfriend Namik Minter.
For this short film he shot footage of her and then edited together a film to try to explain how he felt about her. He then invited Minter and a load of his friends to a cinema where he screened it, apparently without her prior knowledge or consent.

From the resultant feature he eventually created, we can assume his rather direct expression of his feelings did not have the desired effect! Still, he manages to coax Minter back onto the screen to fully explore the near misses of their love through scratchy video, stop-motion animation and experimental electro-jazz soundscapes.
Whether a 31-year-old auteur, who was still in his 20s when he concocted this, should subject the world to his ego in such a way, is a debate that was later explored in the confines of the FACT café with some Discover Tuesdays regulars.
All agreed that, had it been a 15 minute art film playing in FACT’s main gallery, it would have worked fine, but it seems the majority of the Discover Tuesdays club had taken advantage of the film’s protracted scenes of self-diagnosis and discovery to catch up on their sheep counting and eyelid resting.
I, for one, was left with the impression there’s much to enjoy here. Okay, the film is quite pretentious, introspective and sometimes comes across like a series of intercut music videos but pretty awesome music videos, at that.
An Oversimplification of Her Beauty is, I feel, worth seeing for the quality of the animated scenes and the opportunity to appraise a fresh new talent in Terence Nance.
Discover Tuesdays at FACT, meanwhile, is worth supporting as it’s one of the few opportunities available in the city to view classic cinema and arthouse gems, and then discuss their merits, or lack thereof, over a pint of the good stuff with some like-minded film fans.
If you fancy checking out Discover Tuesdays, there’s a film on most Tuesdays, with a discussion in the bar afterwards. Contact FACT or check the website for more details.
Further reading on Getintothis: