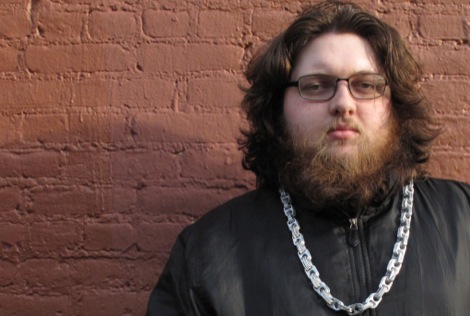 Liverpool is treated to third Stones Throw show in as many months with the debut of Jonwayne in April.

Jonwayne is to make his Liverpool debut at the Shipping Forecast on April 29.
With Homeboy Sandman having already rocked the Ship‘s Hold in March and Peanut Butter Wolf set to play one of the most anticipated shows of the year in the Kazimier on April 1; the announcement that Jonwayne will play the city at the end of April leaves us in the midst of an unprecedented series of Stones Throw shows this Spring.
Jonwayne first made his unmistakeable mark on the music scene by way of internationally renowned Los Angeles club Low End Theory, surrounding himself with a new generation of beat makers such as Flying Lotus, Gaslamp Killer, Kutmah and Daedelus. Despite Jon’s obvious talent as a producer, it was in fact his skills on the mic that caught the attention of Stones Throw‘s Peanut Butter Wolf, who signed him to record an album as an MC.
That album, Rap Album One, was widely regarded as one of the hip-hop albums of 2013 alongside Killer Mike & El-P‘s Run The Jewels. So highly regarded in fact, that it won Album of the Year at Gilles Peterson‘s Worldwide Awards earlier this year.
Jonwayne creates sounds that resonate with your sub-consciousness and take you to unexplored realms of hip-hop, while his rhymes are some of the most substantial you’ll hear in years – this is one MC with some serious depth to his work and a stripped back live show that is something to behold.
Support on the night comes from former Merseysider and GIT Award 2014 nominee Mad Brains. One of the finest hip-hop talents to emerge from this region in years, Mad Brains can boast one of 2013’s stand out releases from these shores with his debut mixtape ZADES bringing a smattering of dusty beats, sharp hooks, lyrical profundity and a playful edge. Undoubtedly, Mad Brains is the perfect accompaniment to one of the freshest hip-hop shows to arrive in Liverpool for some years.