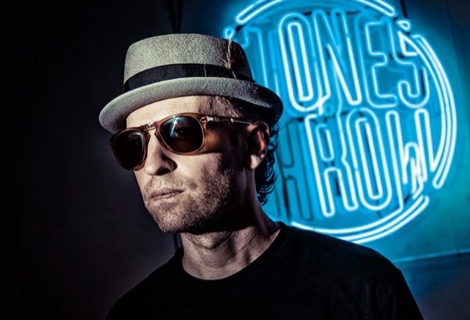 Stones Throw Records‘ Peanut Butter Wolf makes his long awaited return to Liverpool on April 1.
To many, LA-based Stones Throw, represents more than simply a hip-hop record label but a lifestyle in itself.
The label has become an independent cultural stamp of approval, putting some of hip-hop’s luminaries at the forefront of the industry – Madlib, MF Doom, J Dilla to name but a few – providing them with the creative discretion to do as they please with their own respective legacies.
The man behind the label, Chris Manak, better known as Peanut Butter Wolf makes his first appearance in Liverpool for six years on April 1 at the Kazimier as part of the Our Vinyl Weighs A Ton documentary world tour.
In what is set to be both a musical and visual extravaganza, Peanut Butter Wolf and his renowned live VJ set will be supported by the return of Manchester’s double-bass-beat-jazz fusionists, Fingathing.
Fingathing, alongside contemporaries Rae & Christian broke through over a decade ago before creeping into the shadows, now they’re back in what promises to be double dish of delectable beats and jerks for the discernible hip hop lover.