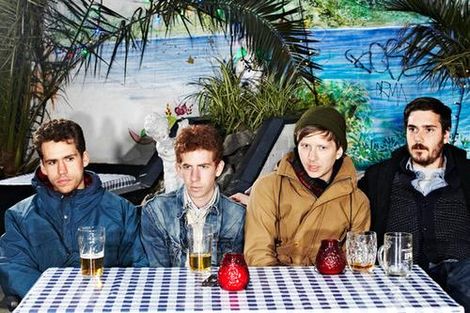 New York’s Parquet Courts are set to light up gold the Kazimier this summer.
The Brooklyn new-wavers, whose fusion of ramshackle rock and roll, ferocious punk melodies and effortless charisma made them the darlings of international press in 2013, will make their eagerly anticipated live debut in Liverpool this on Sunday June 22.
Armed with *big* belters, Borrowed Time plus Stoned and Starving, from their superlative debut long-player, Light Up Gold, released via What’s Your Rupture?, expect this Harvest Sun and EVOL joint to be one of the highlights of Merseyside’s 2014 live calender.