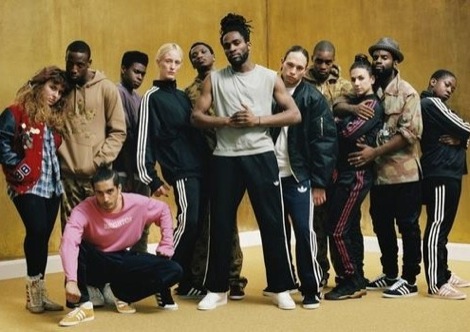 Liverpool Sound City 2014 brings the cream of fresh new talent from the UK to the city next week, Getintothis’ Josh Gorman selects 10 you really must not miss.

The countdown has begun. There’s just over a week until the seventh Liverpool Sound City, and as is customary Getintothis selects cherry-picks the cream of what’s on offer.
First up, our man Josh Gorman casts his eye over the talent from around the UK and comes up with his 10 not to miss.
1. Darlia at East Village Arts Club Loft on Thursday, 9.15-9.45pm
There’s an atavistic quality to Darlia‘s grunge pop that’s so appealing in the polished, overproduced world of modern guitar music. Hailing from Blackpool but bringing a sound more familiar with early 90’s Seattle.
A Nirvana comparison would be apt, overdriven guitars, brevity in songwriting and a nonchalant aesthetic. The grunge revival is upon us, welcome back to 1992.

2. The Wytches at Factory on Thursday May 1, 11-11.30pm
The Wytches have created a reputation for live shows that frequently descend in into the darkest reaches of psychedelia and grunge. They sound possessed, tortured and raw onstage.
Their self-described ‘surf doom’ sound is somewhere between Mudhoney and Toy. They’re a thrilling live prospect who are sure to take the Factory by storm.

3. Slaves at Duke Street Garage on Thursday May 1, 11-11.30pm
Renowned for their furious live shows, Mary Chain-like stand up drumming and no frills guitar, Slaves bring their own unique brand of punk to this year’s Sound City. Started out of frustration with recent guitar band fads, this is a duo creating a musical landscape on their own terms.

4. Wolf Alice at East Village Arts Club Theatre on Friday May 2, 10.15pm-11pm
One of the most exciting new guitar prospects in the UK right now. Hitting a sweet spot between grunge, shoegaze and Britpop, Wolf Alice are a band who are about to be big, really big. Recently signed to indie label Dirty Hit (The 1975, Marika Hackman) and with an NME cover already under their belt, catch them in a small venue while you can.

5. Factory Floor at the Kazimier on Friday May 2, 1.45am-2.45am
Difficult to classify, with a penchant for analogue synths and drum machines, Factory Floor bring their revered live show to The Kazimier.
Known for pummelling audiences into submission with their motorik beats and dextrously-layered melodies, winning them fans as far ranging as Elton John and LCD Soundsystem‘s James Murphy. It’s inscrutable at times but brilliant all the same.

6. Bernard + Edith at Factory on Saturday May 3, 7-7.30pm
An idiosyncratic Manchester duo combining sensual and sinister tones. This is retrograding in the best possible way. Inspired by Twin Peaks and 50’s jazz crooners, it’s as foreboding as it is beautiful. Having garnered attention across the music press in recent weeks, Bernard + Edith are on the verge of something special. Check out their hypnotic debut single Poppy below.

7. Blaenavon at The Shipping Forecast on Saturday May 3, 8-8.30pm
Likely to be one of the youngest bands at the festival this year having yet to complete their A Levels, Blaenavon have extraordinary potential. Singles Prague and Into The Night epitomise the bands dynamic, a perfect indie pop juxtaposition of darkness and light.
Comparisons with The Maccabees and Bombay Bicycle Club, a deal with indie giant Transgressive (Foals) and with an album apparently already approaching completion the future looks bright for this up and come three piece.

8. Embers at Duke Street Garage on Saturday May 3, 8:40- 9:10pm
Post rock at its most grandiose. Inspired by Hans Zimmer and Arcade Fire, Embers bring a cavernous sound to The Duke Street Garage.
Having already wowed crowds in both their native Manchester, London and beyond, this is a band whose epic anthemia is surely set for bigger stages in the near future.

9. RATKING at the Kazimier on Saturday May 3, 10:30-11pm
Regarded in some quarters as the future of hip hop and already signed to highly influential UK indie XL.
New York’s RATKING are carrying the weight of expectation on their shoulders. Drawing comparisons with Wu-Tang Clan and UK grime, it’s chaotic, cluttered and urban, using New York life as their muse and teenage angst as their vice. Go and see what all the fuss is about.

10. Jungle at Factory on Saturday May 3, midnight-1am
Possibly the most anticipated performance at this year’s festival. An art collective that are still shrouded in mystery despite a worldwide touring schedule and a deal with XL (Adele, Vampire Weekend).
What we do know is that the three tracks (and videos) they have released so far have been brilliant. The highlight of which was their latest single Busy Earnin‘. It harks back to 70’s funk but with a completely modern twist.