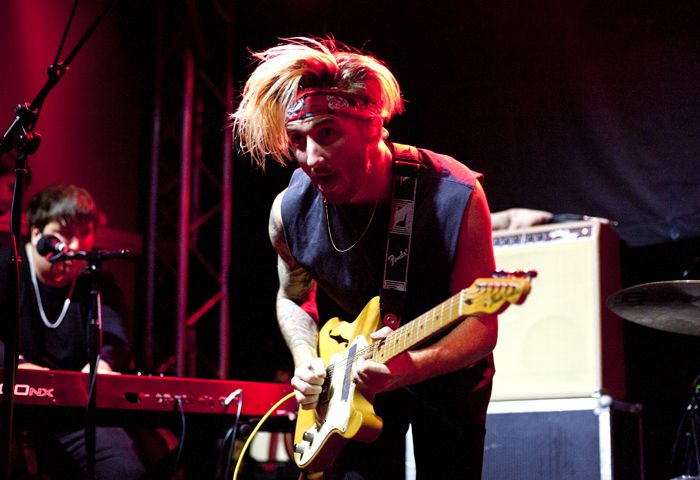 Eliza and the Bear’s Martin Dukelow

Anthems aplenty at the Arts Club as former Sound City stars roll into Liverpool, Getintothis’ Lawrie Driver reports on a sold out night with Eliza and the Bear.

London five piece, Eliza & The Bear, rolled into town on Saturday night for the first time since their rousing stint in the Duke Street Garage at Liverpool Sound City in May.

Formed in 2011, using the influence of  a Eleanor Rees’ poem for their name, there is no large omnivore or a female to be seen on the stage but the band is a tight unit and create big stadia-swelling rock songs which could make any festival vibrate.

James Kellegher, Callie Noakes, Martin Dukelow, Chris Brand and Paul Kevin Jackson are coming out of the shadows from supporting acts Athlete and US band Awolnation for their biggest headline tour to date and have built up a dedicated following. They quote their music and sound to influences of Arcade Fire and Bombay Bicycle Club but there is a folk pop element of Mumford and Sons in their anthems in Light it Up and Upon The North which can be uplifting and brings crowd participation to the live music.

The melodic rhythms and enthusiasm of the band engages the crowd from the start with Friends and the confident swagger of Brother’s Boat.  This is a group who know they are going places and are enjoying every minute of climbing the ladder. They light up the small intimate upstairs of The Arts Club. 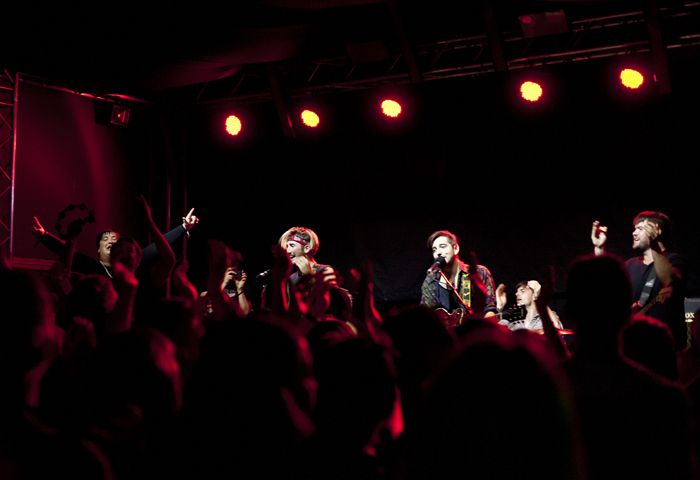