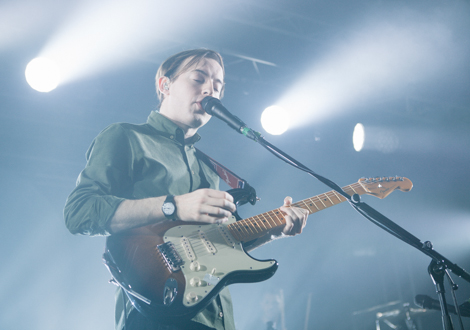 With little fanfare Bombay Bicyle Club are becoming one of Britain’s most-loved bands, yet Getintothis’ Joel Richards had barely heard them. Consider himself converted.

We’ve a confession to make. Before last night’s gig, Getintothis wasn’t that big a fan of Bombay Bicycle Club. It wasn’t anything personal, we’d just not followed their career as closely as the most hardcore of fans of the Londoners who took to the stage at the 02 Academy on Saturday night.
But after our close encounter with Jack Steadman and co. it’s safe to say they’ve just found themselves a new member of their ‘club’. And I do own a bicycle too.
Currently in the middle of a UK tour promoting their new album So Long, See you Tomorrow, the group took to the stage in front of an Liverpool crowd and from the opening strands of Overdone had the crowd eating out of their hands. 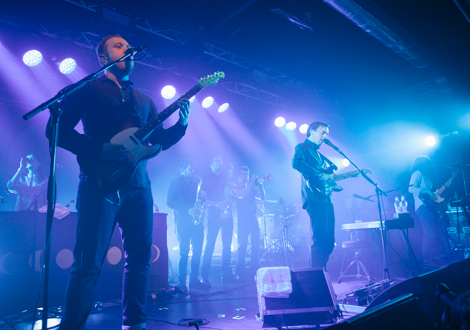 Bombay Bicycle Club performing live at The O2 Academy, Liverpool
Throw in the added factor of it being a Saturday night and the feel good vibes were flowing through the venue from start to finish. The new material appeared to go down a treat with an audience that sang along to near enough every verse beautifully delivered by Steadman.
The vibrancy continued as they quickly moved through a strong 16-track playlist, with the infectious Lamplight one of the main standouts which had everyone clapping along to every beat.
However two tracks which stood out for me had to be Home by Now which included excellent vocals from Lucy Rhodes, and Lights Out which showcased their flexibility as a band.
However, the one track which everyone was waiting for soon came towards the end – Always Like This – accompanied by saxophones and trumpets which brought the house down. Though it may be one from their back catalogue, this number strikes up images of summer days and chilling out at festivals or on holiday. 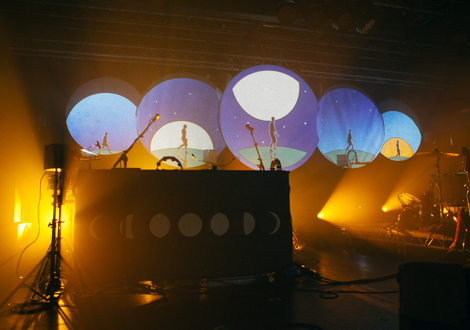 Bombay Bicycle Club performing live at The O2 Academy, Liverpool
Just before their initial exit, BBC finished off with So Long. After starting off slow, the song then built up into a rhythmic finale, with Steadman taking on his jack of all trades role and sang melodically before smashing away on the drums, accompanied by the sax/trumpets and guitars all combining in sweet harmony. It’s safe to say they’ve earned themselves a new fan in these pages!
Pictures by Getintothis‘ Jack Thompson
Further reading on Getiintothis:
Liverpool music’s ones to watch in 2014 – the new breed to listen out for on Merseyside.
Guide to essential gigs not to miss in the first 3rd of 2014
VEYU, Tear Talk: Fallout Factory, Liverpool
Lapsley, Nadine Carina, The Mono LP’s, Cavalry: Leaf Cafe, Liverpool