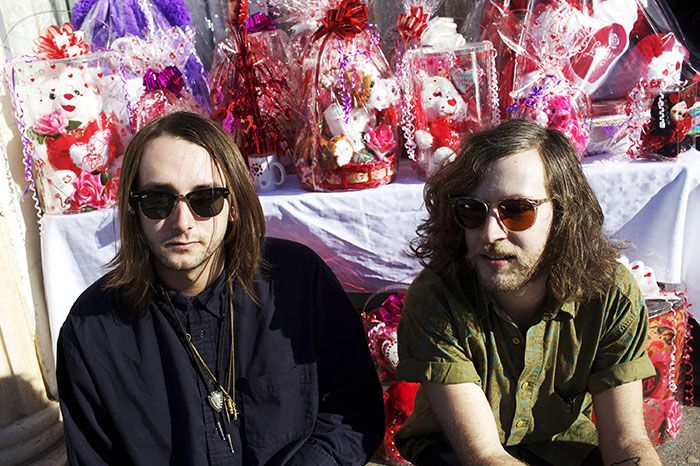 Hailing from Portland Oregon, Wampire journey across the Atlantic next month to play 24 Kitchen Street on November 28.

The gig follows the recent release of their second album Bazaar, which has been well received in the music press and blogosphere.

The band’s core revolves around Rocky Tinder and Eric Phipps, a duo long established in Portland’s thriving alternative scene and who have been making music together for over a decade. While Wampire formed in 2007, it took until 2012 for the band to release its debut album, Curiosity.

During this time Tinder and Phipps honed the band’s sound. Evolving away from dance oriented electronica for which they had become locally renowned, the debut offering was a quirky and dark take on the psych-pop genre taking influences from 70s soft rock and avant-garde. With a synth led sound, the LP was characterised by a lightness of touch, elements of whimsical experimentation, and a sense of not taking oneself too seriously.ollowing the debut release the band’s evolution continued; their sound and ambition honed by a heavy touring schedule.

Now a five-piece, the new album hints at greater ambition and continuing evolution. Like its predecessor, Bazaar exhibits a broad sonic palette although at its heart it remains a dark-pop record, synth-led with catchy indie-guitar hooks. Jacob Portrait from Unknown Mortal Orchestra has produced and the new album certainly sounds more polished while retaining the shoulder-shrug attitude of the debut.

Wampire walk a tight-rope between being bound by a narrow artistic vision and capricious experimentation. It does not always work but it makes their music undoubtedly more interesting. It will be a thrill to see live and to witness a restless band continue to evolve.