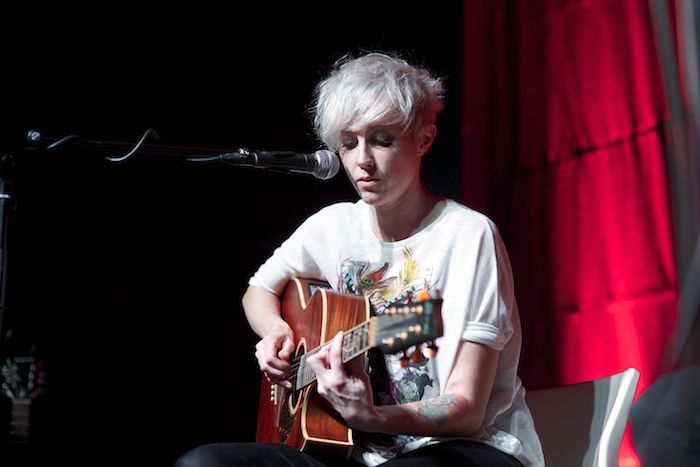 As some of the brightest new musical talents descend on Moorfields Station, Getintothis‘ Paul Higham casts his eye over the contenders.

Saturday November 8 sees ten of the region’s new music prospects take to the unique setting of Moorfields Station to compete for the Merseyrail Sound Station Prize. The successful entrant winning a prize of a year of professional music industry management, recording time, and free Merseyrail travel.

Event organisers, The Merseyrail Sound Station, celebrate and support emerging new music on Merseyside through a monthly free podcast featuring live sessions with some of the regions most exciting new bands. Those that have performed in the past include Getintothis favourites Hooton Tennis Club, The Tea Street Band and Bird.

The event is free to the public and opens at midday, running until 4pm. The winner is due to be announced at the announcement party, taking place from 4pm at Mathew Street’s Hopskotch.

There is an array of talent on show including the ethereal and otherworldly dream-pop of Silent Cities, whose lilting falsetto vocals recall Ben Knox Miller of The Low Anthem.

Fresh from a successful recent slot in support of James Yorkston at Leaf, She Drew The Gun will bring her soulful and experimental existential lullabies to the event. Sunstack Jones will show-off their sun-drenched and pure 60s influenced melodies.

LIPA graduate Emilio Pinchi will play wistful and winsome acoustic singer-songwriter fare. Emily Ayre will no doubt impress with her distinctive brand of anti-folk that at times recalls Joanna Newsom in its vocal delivery.

Alternative hip-hop artist, Blue Saint, a Congolese-born British rapper is also set to perform. With a creative arts background, Blue Saint approaches music in a slightly different direction from the other finalists and has discovered and embraced rap music as a means of telling a story.

Liverpool youngster Niamh Jones deftly combines breezy pop-influences and celtic singer-songwriter influences to create a style of her own and one with huge potential. Completing the bill are The Ragamuffins, who have quirky indie-pop sensibilities coupled with lively melodies and big hooks.

Saturday’s event offers a tantalising glimpse into the new pretenders on the Liverpool music scene and a rare opportunity to see tomorrow’s talent at a time in their career when they are finding and honing their sound.