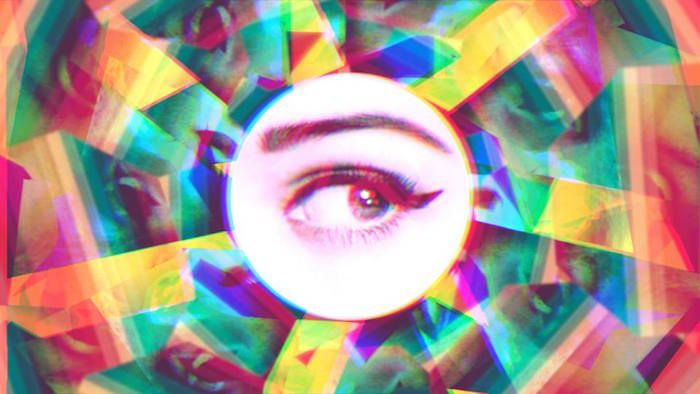 With a dreamy experimental sound and hallucinogenic visuals to match, Getintothis’ Adam Lowerson is taken on a trip by Holy Thursday.

For a new band, anonymity whether deliberate or not, always gets people interested. That air of mystery will always have the inquisitive minds of music fans and bloggers desperate for more. Jungle did a great job of it earlier this year, releasing a string of singles whilst hidden behind the pseudonyms J and T to ever increasing hype, never revealing their true selves until their first major live performances. It certainly worked, with Jungle becoming easily one of the most talked about acts of 2014, gaining themselves a Mercury Prize nomination for their self titled debut LP.

Holy Thursday, a four piece band from the Wirral, are similarly enigmatic. Whether it is their intention or not to remain anonymous isn’t quite clear, but it’s near impossible to find out much about them anywhere online. Having only released a couple of singles online, and one solitary photograph with their faces hidden, the group of multi-instrumentalists are certainly keeping their cards close to their chest as they test the waters. However, with a recent support slot with Thought Forms at the Shipping Forecast under their belt, the veil may be slowly starting to lift.

What we do know for now is that their tunes are pretty exciting. First single Hurricane is a melting pot of hypnotic guitar riffs and dreamy harmonies with Bond theme-like undertones. Its subtle George Harrison inspired guitar solo and reverb soaked drums are a nod back to early 1960s west coast psychedelia. She is equally kaleidoscopic, with the understated verses again laced with otherworldly vocal harmonies, drawing you in, before a killer, sitar aping guitar hook creeps up out of nowhere, grabbing the listener by the scruff of their neck.

With a sound much more rooted in original psychedelia than many of the acid inspired acts saturating an ever growing scene today, and multi-coloured, hallucinogenic visual videos to accompany the tracks, Holy Thursday are the full package. Their music will take you on a mind bending trip, and we want to go with them.