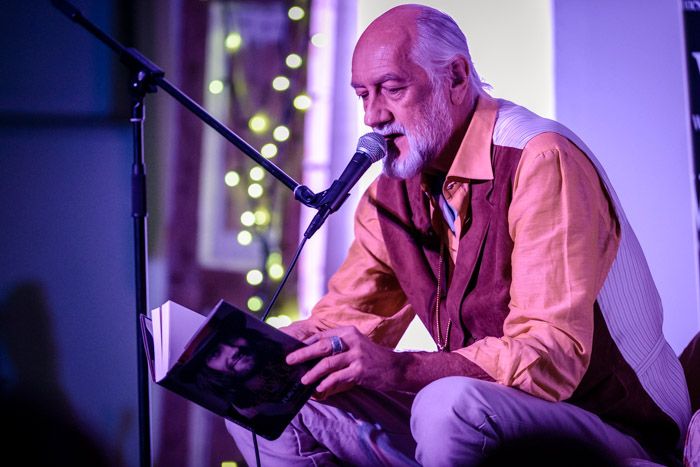 Putting pains to the Rumours, Mick Fleetwood sets the Mac record straight with a Q&A on his new book Play On, Getintothis’ Emma Walsh reports.

When a veteran of the music industry publishes a book on their career there is always the risk it could revert to an embittered rants and a series of cheap pot shots at anyone who dared cross them in the past.

That’s rock ‘n’ roll after all isn’t it? That’s what the people want to hear about – the notorious in-fighting of bandmates, trashing hotel rooms, throwing tellys out of windows and dabbling in all the illegal substances of the day. And when the band in question is Fleetwood Mac…

With his new book Play On gracing the shelves of Waterstones, many fans may have been hoping Mick Fleetwood was going to spill some of those secrets at his Q&A at Oh Me Oh My last Tuesday, but we’re glad to report, he was every bit the gentleman, assuring the gathering of adoring fans he would not be airing the band’s dirty laundry: “This is not a News of the World book”.

“Fleetwood Mac have always been an open book” Fleetwood admits, sitting forward in an armchair “Too open perhaps”. He compares the media attention to the band in its heyday as a oversized game of Chinese Whispers and tries to convey the pressure cooker of emotions that went into the making of Rumours:

“It was like a boot camp” he explains “You couldn’t leave”. Fleetwood describes the raw emotion and bare feelings being hidden away under a big carpet and then tacked down at the sides, so they could walk across it, pretend it wasn’t there, but eventually it starts to creep out. He is reminded of Lindsay Buckingham’s words on the experience “no one had time to heal” and while Fleetwood called himself the ‘obsessive compulsive mother hen’ trying to keep the band together, he says “Everyone knew they had to deliver something meaningful”.

He describes a sense of duty the band felt toward each other and the fans. He says Fleetwood Mac were about “the human condition” experiencing highs and lows, just like anyone else. When asked if there is a sense of a ‘bond of brotherhood’ between the band he will not go so far as to use the words but talks about a group of people “who knew each other well, in the fullest sense” and “who were working at being in love, though not always successfully”.

He uses words like loyalty and understanding, and you can sense the genuine respect and admiration in his tone when he talks about his bandmates. He calls them ‘a family’ and can barely contain his delight and amazement that Christine McVie ever came back.

Sitting back in the armchair, the hardback book in hand, like a touching stone in his sometimes rambling tales, Fleetwood tells us how the miracle came about, of McVie’s crippling fear of flying, something the others never really understood the full extent of at the time, and how after years of therapy to combat the phobia she was determined to get on a plane and go to see Mick in Hawaii. In a twist of events he ends up accompanying her on the flight, and it is in Hawaii as she watches Fleetwood and Rick Vito rehearse with Steve Tyler for a performance in Maui that the idea of joining them on stage for one or two songs is suggested. The rest, it appears, is history.

Welcoming questions, Fleetwood struggles only a little with the scouse accent telling one member of the audience “I’m gonna ask you to speak really slow” much to everyone’s amusement. He raises several giggles throughout the evening, apologising in advance as he spits out a cough drop before answering one question, advising an 18 year old drummer to “run for your life” and cutting short one sentence at the sound of police siren “they’ve come to get me”. There were a few unintentional laughs raised as one particularly lary fan was asked to leave by security, but we could help feeling for the poor girl who had the Rumours artwork inked on her arm, she’d clearly had one too many for dutch courage, and missed her chance to speak to a hero – heartbreaking. Others took every advantage of the opportunity, pushing their line of questioning with Jeremy Paxman perseverance.

And having opened the evening by reflecting on the memories which his journey to Liverpool had stirred up, not just of being back on the road, but of his own family visits to the city (Fleetwood’s father was from Liverpool) it’s inevitable that some opportunistic fan takes advantage of that raw nostalgia and asks if the band might be stopping by on their next tour. She mentions how on his recent visit to The Kazimier, Sean Lennon described Liverpool as ‘the fatherland’ and isn’t it the same for Fleetwood? While Mick diplomatically tip toes around a direct answer, pushing the responsibility onto managers and promoters, she is persistent, and the audience’s cheers of support leave him no doubt of the warm welcome Fleetwood Mac would receive should their next tour make a pit stop on Merseyside – perhaps on Glastonbury weekend Mick? 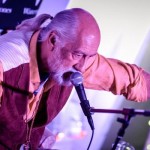 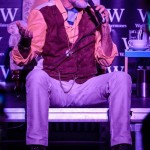 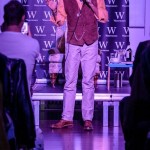 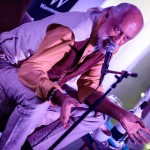 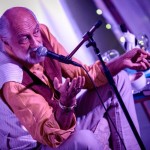 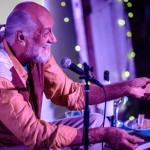 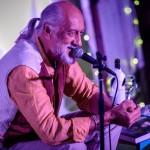 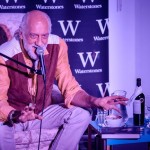 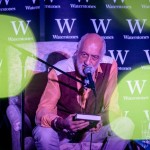 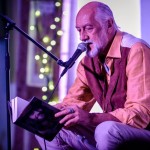 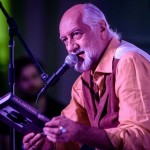