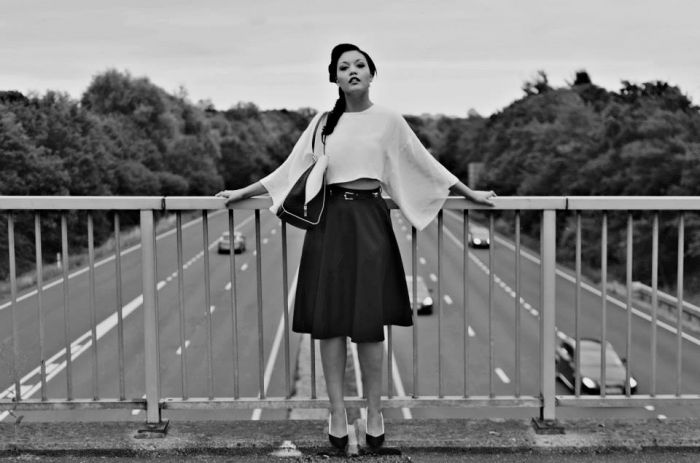 With last winter’s debut video turning heads both sides of  the Atlantic, Toxteth-born Roxanne L. Jones is returning in style with the swaggering strut of her brand-new outing I Am A Woman.

Instrumentally it whirls around a striding bassline, a forthright lilt of looping piano eddying around the infectious rhythm before bursting into life at the chorus – a jazzier, more upbeat effort than that aforementioned video Living A Lie.

However agreeable the instrumental might be, though, it can only come second fiddle to that voice. Jones’ range is nothing short of rapturous, opening with a straightforward high attack before ebbing quickly back to a sumptuous low crescendo; within seconds its apparent that as a singer she’s something special, a fact she hits home again and again across the three-minutes.

Utterly confident, it’s a sense of defiance that carries both Jones’ vocals and lyrics, and the latter are completely direct in their Beyonce–vein feminist bent. The simplicity of the title is reflected in her theme, the track an uncomplicated statement of independence.

Arguably the track’s only problem is that elementary lyrical standard, a slight shortcoming in comparison to that stratospheric vocal and sumptuous instrumental.

That said the track is undeniably stellar, sassy and sisterly – an all-too rare showcase for a contemporary Liverpool pop voice with an obvious abundance to give. Roxanne L Jones is so much more than a woman.