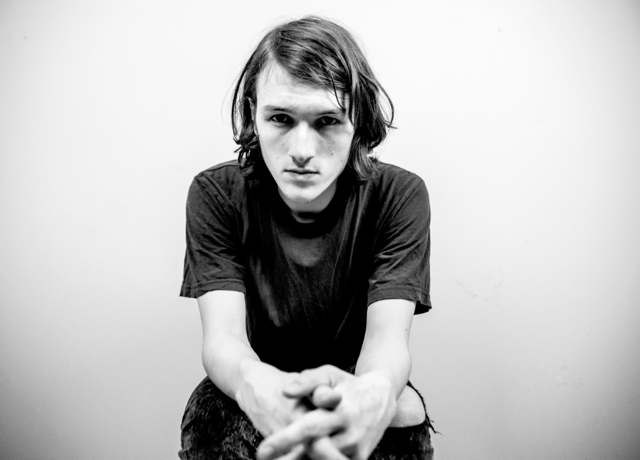 Coupling the finest of Morrissey-isms with post-punk at its most lusciously fuzzy, Joseph Coward’s debut is something to be savoured, Getintothis’ Matthew Wood takes it in.

With a recent UK tour with The Voyeurs under his belt, London-residing Joseph Coward has already been rightly tipped for great things by the likes of Q Magazine and Clash, hype he’s backing up in style on debut album The World Famous Joseph Coward, a full length helping of post punk as poetic as it is musically accomplished.

Prudently balancing fuzz and roar with gentle, infectious melodies, Coward’s maturity of sound should not be underestimated.

Opening tracks Hypersleep and Idle Boy are brave in their placement and eerily sinister, riddled with eloquent confessions. Coward lets the music set the scene while his enlightened prose breaks the surface with a salute to Morrissey along the way.

It’s an absorbing listen throughout, though it’s Lucky To Have Me that’s the standout – the catchiest track on the album that has the workings of a brilliant pop song intermingled with a proud sense of self-worth.

Coward meanders through a river of sounds, from dark, lo-fi chord repetitions to warm bass lines surrounded with swirling synths that float ethereally like friendly ghosts around a campfire – think Beach Fossils and Diiv meet The Smiths.