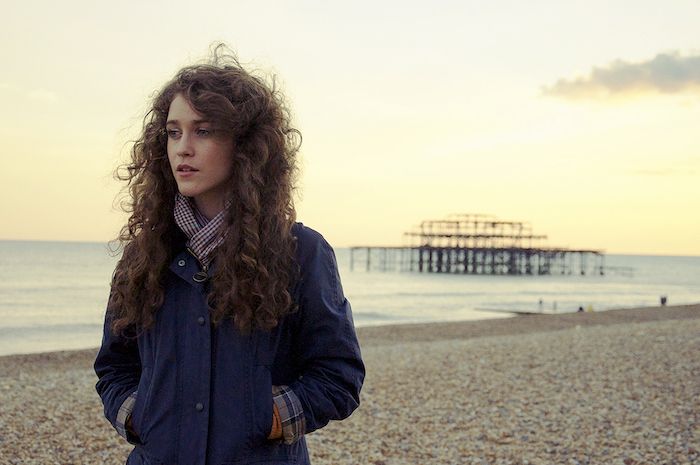 As rising star Rae Morris returns to the Kazimier on February 1, Getintothis’ Phil Morris outlines her meritorious rise and ponders why LIPA let the potential ‘Sound of 2015′ get away.

Rae Morris had a remarkable 2014 and would without doubt have been a compelling choice for the coveted BBC Sound of 2015 accolade. Her inclusion on the longlist alongside home-slice Lapsley is well earned, and was likely to be a unanimous candidate amongst its pundits.
The opportunity of following Sam Smiths’ trajectory is an exciting prospect for the Blackpool raised singer/songwriter, who by all accounts, is a genuinely humble figure. Despite missing out on the accolade to Years & Years, the resillient and determined Rae Morris is sure to be a success in the future.
Unfathomably, Rae wasn’t accepted when she applied to study music at the Liverpool Institute of Performing Arts. Perhaps the faculty saw the finished article when the dilligent young songstress auditioned; indeed Morris signed to Atlantic shortly afterwards.
Nonetheless, it was an opportunity lost when LIPA thrives on the success of its’ Alumni. Fortunately for Rae, she was erudite enough to cultivate her craft on her own terms, enjoying the stewardship of her local idol Karima Francis. Morris has since built a fruitful recording relationship with Ben Garrett, who incidentally will be providing support at the Kazimier in February under his Fryars alias.
Morris‘ stock rose most notably last year with her appearance on Bombay Bicycle Club’s latest album So Long, See You Tomorrow and as support for their coinciding tour. Having returned from recording debut album Unguarded with LA based producer Ariel Rechtshaid (Sky Ferreira, Charli XCX) Morris has previewed a braver new appeal with lead single Under the Shadows – a power pop, angst anthem that clearly bears its producer’s polished hallmarks. How this commercial driven evolution will play out in the live setting will be fascinating, one that promises a showcase of studious passion and evidential aptitude.