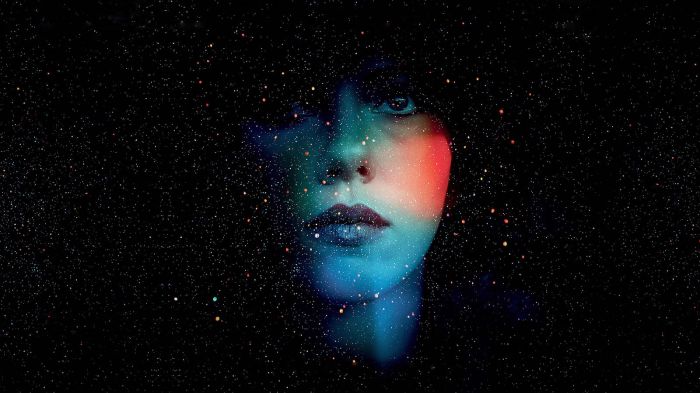 Scarlett Johansson stars in Under the Skin

On the pleasantly surprising BAFTA nomination for Under the Skin, Getintothis’ Adam Scovell reflects on the alien-ness of Mica Levi’s debut score.

It is that time of the year again when the upper echelons of the film industry celebrate their biggest, glossiest moving pictures with a range of equally big and expensive, televised soirées. Our very own BAFTA’s, typical in their promotion of the safer, more parochial films (period dramas with typically RP accents usually topping the bills), have thrown up a small but rewarding surprise this year in the form of Under The Skin by Jonathan Glazer.

It goes without saying that such an out-there piece of film would not be nominated for any of the top awards (it’s up for “Outstanding British Film” rather than “Best Film” or “Best Director“) but it is with a refreshing sigh of relief that its musical score by Mica Levi is also nominated for an award. To understand what an achievement this is, it is necessary to look at Levi’s score within the context of the film but also within the context of its competitors for the award itself.

Under The Skin is not a usual film by any British standards. Its length in production, its ambiguity and its distanced style of direction lend it an eeriness that has been largely missing from digital age cinema in the UK. The film adjusts smoothly between total, visual abstraction and almost social realist, Ken Loach-style documentation as it follows Scarlett Johansson as an alien siren who is luring men into her white transit van in order to provide them to some form of vessel for an unknown but unsettling purpose.

The film is less concerned with the rigors of a strict cause-to-effect narrative and instead ponders predominantly with the question of humanity, the self, and how the actions around us cause the formation of the idea of being human: is humanity really found under our skin?

In other words, Under The Skin is a complex film and one that would be undone by a blasé, romanticist approach within its musical score to lead the audience catatonically into some emotionally blunt corner. Levi seems to have balanced these thematic nuances into a collage of eccentrically different musical forms and Glazer’s choice in using her music is one clearly derived from not wanting the norm.

In fact, in spite of a range of albums and mixtapes from her band, Micachu And The Shapes, Under The Skin is her first professional film score.

In an interview with Sight & Sound she suggested that Glazer “wanted a novice – someone who didn’t know how to write film scores. He didn’t want the score to manipulate the audience unnecessarily.” (April, 2014).

The sheer unusualness of the score is apparent from its very opening moments and its desire to resist “manipulation” of the audience makes certain aspects difficult to critique and analyse. As shapes and objects form and morph slowly into the alien in its opening scene, Levi’s music enhances the chaos of physical creation, creating textures of atonal strings (which are predominantly MIDI -based surprisingly) over an electronic soundscape of ambience.

It’s an interesting contrast as the track (which itself is called Creation) plays to the visual objects themselves being animated in chaos over an absolute void of black and white. It’s a thematic addition to the audio-visual form but also one that negates emotional reaction and instead trusts the viewer to fill in the narrative gap.

In this piece, and a number of others including Alien Loop, Levi’s classical influences become clear; the soundtrack is littered with textural characteristics found in a number of 20th century composers, many of whom Levi has stated various times to be influences upon her music. Krzysztof Penderecki’s experiments with string patterns are clearly audible as is the formlessness of John Cage, the percussive obsessions of Edgard Varèse and the polyphonic tapestries of György Ligeti.

Underpinning all of this is the inclusion of more overtly electronic elements which seem to act as specific themes regarding the alien-ness of the narrative. The texture seems to enjoy a suitably fake distance, appropriate for an alien impersonating a human.

When the siren is hunting for potential victims, the score presents a barely audible soundscape for the rainy streets of Glasgow. The sounds of wind in particular seem to be modulated, especially when the film moves to the more mountainous climbs of the north. Underpinning these sounds is an occasional heartbeat; reminding that there is a subtle, unknown life behind all of these barren plains.

When the seductions and entrapments finally occur, the atonal, electronic melodies come to the forefront, highlighting the masquerade and pathos that the viewer is increasingly aware of while strange percussion hints towards both ritual and to the potential pistons of alien technology which seem to pulp the prey slowly into its engines.

Perhaps now is an apt moment to bring the score back into the context of the BAFTA’s. Whilst Levi isn’t the only composer with a debut score in the category (Antonio Sánchez’s score for Birdman is also his first), it seems to stand out comfortably from the crowd. Jóhann Jóhannsson’s score for The Theory Of Everything is the usual, triumphant stuff of nonsense that gets BAFTA’s hearts suitably warmed, Hans Zimmer’s score for Interstellar wishes deeply to be as all-encompassing as emotionally possible and Alexandra Desplat’s score for The Grand Budapest Hotel is typically as cliché driven as anything he’s done previously.

In short, Levi’s lack of creative barriers have produced something far more engaging and innovative than any of the work of the old hands and it seems to have been done with a total disregard for the populace; it is distinctively and pleasingly alien.