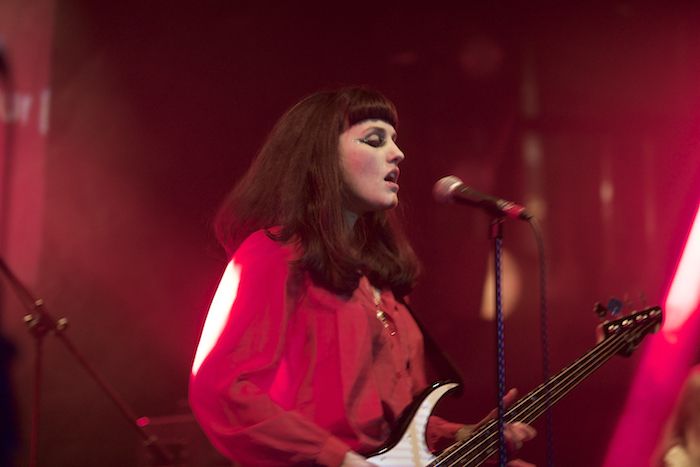 As their performance at Liverpool Music Week remains fresh in our minds, burgeoning Liverpool art-rock outfit SeaWitches look set to enhance their growing reputation with the release of forthcoming single, Stars.

The band is based around the core of Jo Herring and Laura Caldwell who met in 2007 and quickly established a artistic bond. Vibrantly creative, the band’s sound is characterised by its diversity as each member brings their own influences to the group.

Earlier single Space Gun, the standout track of their Liverpool Music Week set, established the band’s credentials. A brooding, dark and unsettling slice of gothic pop that recalls the likes of The Cure and Siouxie and the Banshees as it builds in mounting intensity over its eight minutes.

New song, Stars, offers a melodic and sprightly contrast to the dark depths of Space Gun. The song is underpinned by a distinctive guitar jangle that recalls The Smiths and their C86 contemporaries. It’s a pop song, for sure, but it has a profoundly arresting lyrical message delivered by Jo Herring in a dreamlike reverie. “The sky has no stars” suggests a future bleak without hope, contrasting with the band’s likely career trajectory.

The latest to have caught the attention of Carl Hunter, formerly of The Farm, SeaWitches have been added to the roster of his Edge Hill University based Label Recordings. Clearly a man with an eye and an ear for the best and brightest emerging talents, SeaWitches‘ star seems very much in the ascendancy.

Who knows, they might even replicate the achievements of Hooton Tennis Club who rose through the same ranks before signing for Heavenly.