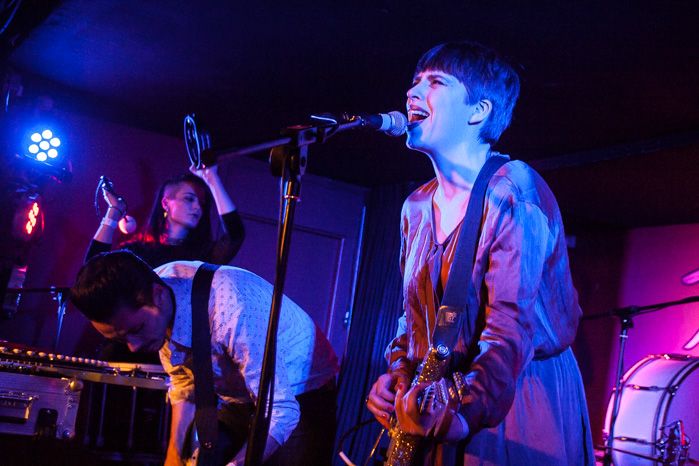 The six-headed Lola Colt monolith groaned into the lovable Magnet for an evening of feedback laden drone-core. But not before we were first treated to the delightful sounds of James Canty.

The funky-haired songster slowly grooved along with his band through a solid support set. Synths quivered like jelly under raked guitars. A strong lead vocal needled its way through the mix. Magnet doesn’t have most refined sound but the warm tones emanating from the PA still casts performers in a favourable light.

Canty‘s affable stage presence helped to butter up the crowd and smooth his performance. In all honesty he drew a larger crowd than the headliners. Stronger in number and more enthusiastic in their response, the audience were easily drawn in by Canty‘s charisma.

The set was short and the songs were slow. It remains to be seen whether the singer could maintain the chilled yet constant energy over a longer period but he seems promising.

Canty having left, there was initially a ripple of excitement moving around the half full Magnet before Lola Colt took to the stage.

As soon as the six-piece began to play howling noise invaded the venue. It came from all sources, the crashing drums; the squealing guitar; the decrepit organ tones. The band was a powerful, well-oiled machine.

Despite this in some ways being a positive, herein lies one of our issues with the group. Each tune takes on a similar dirge form, staying on one chord for five minutes at a time. There’s nothing wrong with this per se, we love a good drone as much as the next shoegazer, but there’s very little stylistic variation. So little in fact, that each song, as its own entity, seems to be rendered pointless. Why play one that you’ve already just played?

Although every tune is supposedly meant to encourage an immersive experience, Lola Colt inexplicably stop in between each very similar sounding song, usually for one member to tune up and change guitars. It seems strange that the band don’t try to play the set as one cohesive whole without stopping, to truly draw you in and let you lose yourself in their music. They seem to be missing a trick.

There’s no dazzling stage patter or mysterious tales spun as build up to the next song in these gaps. Just forty five seconds of awkward fidgeting. Any illusions of rock majesty are lost through the realisation that the band are just as normal as you or me. This would be fine if it suited their music, but it doesn’t.

The band are very stylised and very good at what they do. Ennio Morricone guitars twang away and lead vocalist Gun Overbye bellows with a shaman-like quality. The band seemed to glide through their set, awkward pauses aside, and wrap it up efficiently after an hour.

The crowd had melted away slightly by this point, the group’s lack of audience engagement playing against them. Even so, when Lola Colt finished their last tune, the hardy souls who remained urged them to return to the stage, to play one last song. Even when some band members came out of the dressing room and onto the stage floor, fans grabbed them by hand, pointing the simple path that led back to the stage.

The guitarist’s reaction was meek, saying their singer had “lost her voice“. Despite continued and good-natured protestations, no reaction was forthcoming. Surely this was an own-goal? A chance to please those true fans, coming along on a cold February night, simply dismissed.

A six-man band, who have played no encore, cannot even manage a token jam between them, a unique offering to say thank you to those who paid for the privilege of watching them play? Apparently not, the night is over. 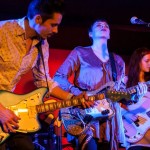 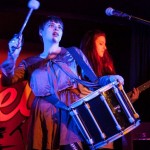 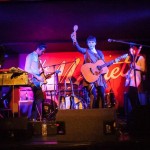 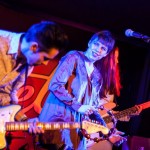 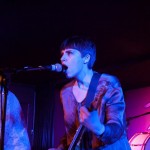 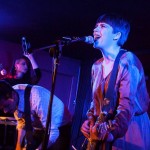 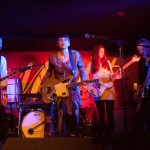 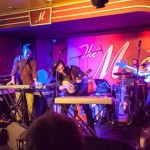 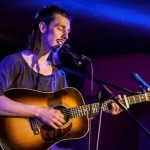