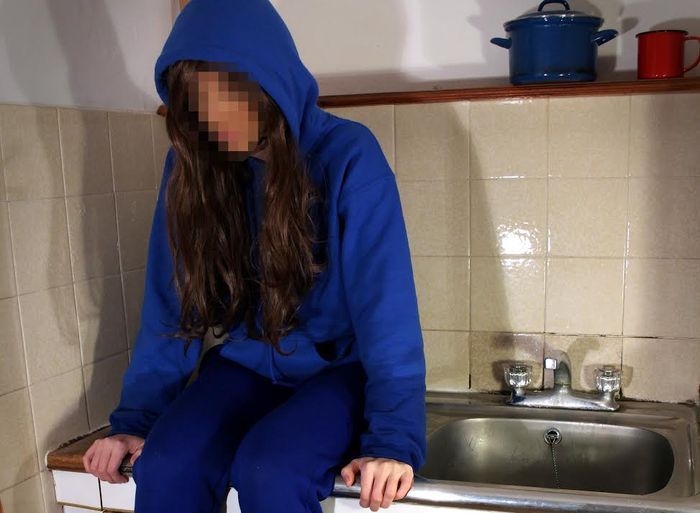 Gazelle Twin is the compositional moniker of British electronic artist/producer Elizabeth Bernholz. Her 2014 horror pop release UNFLESH (Anti-Ghost Moon Ray) is a brutally cathartic exploration of a young female psyche and was received as an overwhelming critical success. GIT Award Judge John Doran even named it as The Quietus‘ best album of 2014.

Out of Body reloads the frank, adolescent insecurities of UNFLESH and pairs them with body centric imagery designed to unpack the often repressed demons derived from ‘puberty, phobia and transformation’.
For this collaboration, Carla Mickonnon, an interdisciplinary filmmaker and graduate of the Royal College of Art, has created ‘seductive and unsettling environments’ that speak directly to the imagination of the viewer. A harrowing regression through teenage anxiety provides an ample canvass for evocative visuals.
Although, the palette for cross-disciplinary cocktails is still refined, there is an increasing taste for fused collaborations between musicians and filmmakers. Versatile artists yearn to test themselves in cinematic composition, while increasingly jaded audiences have come to expect an augmented and indulgent performance. Live Soundtracks appear to satisfy both of these desires.
The piece was initially commissioned by the London Short Film Festival and has since embarked on a regional tour with the support of Arts Council England. Alongside the 35 minute main event, the show also features a programme of experimental short films and animations by female directors.
Gazelle Twin and Carla Mickonnon perform at FACT Liverpool on April 9 at 8.30pm.