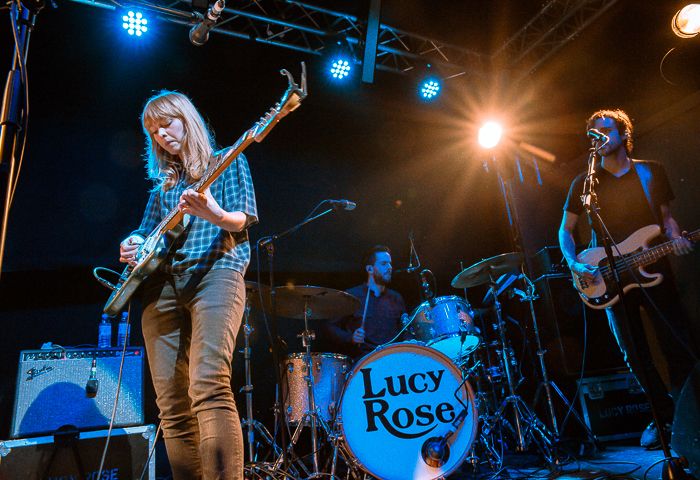 Another sterling live performance undermined by heckling, Getintothis’ Emma Walsh reports on an all new low from one onlooker at an otherwise excellent evening with Lucy Rose.

Arriving in the Arts Club loft as support act The Half Earth was in full flow, we made a strict beeline for the bar. It had been a stressful day and the odd shrill intensity of the support act did nothing to take the edge off. Crooning into the microphone with chin protruding, we just couldn’t quite warm to The Half Earth‘s particular brand of falsetto strains. We could appreciate that a purposeful nod was intended to the impressions of Bon Ivor or Daughter but to our tired ears his voice might have leant itself better to some 80s synth.

While much of the audience did indeed seem captivated by The Half Earth‘s ethereal swoons, we could overhear one or two others questioning just how seriously this guy was taking himself, to our sense the atmosphere was less bewitching and more awkward as more than one attempt at wit between songs fell flat on its face. A brief dip in his tone did catch our attention but it was sadly short-lived, and as our companion on the evening suggested, it may just have been an impromptu rearrangement in those criminally tight jeans which brought on the break in his voice. Shame really.

On to the main attraction of the night, Lucy Rose was welcomed to the stage with gusto. Still in the early stages of her eighteen date UK tour, there are already a few red sold out stickers on the run of dates but that didn’t give the singer any sense of self-assurance.

Expressing her gratitude to the crowd at forking our for tickets so soon after her last visit, and nervously introducing each new song almost with an apology, it’s clear that Lucy Rose is still nervously putting the feelers out for feedback on her latest material. She needn’t have worried. Even as a passing admirer of her tunes we were intrigued by the new tracks, but for the dedicated fan, of whom there seemed to be quite a few present, the verdict was good.

One track, the title of which we didn’t quite catch thanks to the mouthy lout beside us (more to come on him later), was only recorded a few days before. Lucy explained that it was quite unlike anything she’d done before but they just had to sneak it onto the new album – if you are keen to hear it I’m sure some dedicated snooping on Youtube will serve you well as there were at least three shit phone recordings taken in our direct vicinity at the back alone.

What compels people to fork out on a ticket and then watch the entire gig through their phone lens I’ll never know. It’s not as if the shaky, poor quality recording you snatch from the back of the room is going to compare to the experience of actually being there, which you might well have not been.

Greeting one fan in particular with familiarity, Lucy told us that this person had been to her Cardiff show the night before and had been singing along to one new track by the end of its first play. Her more established songs, Middle of the Bed, Place and Shiver saw welcome singsongs throughout the evening and Lucy Rose enlivened several clap-a-longs, breathing life into the waning audience.

Perhaps it was that midweek lull, perhaps like us, it had been a particularly crap Wednesday for everybody, but the silence between songs was at times deafening and did nothing to reassure the hesitant Lucy Rose that the crowd were really with her.

One fan who was undoubtedly with her, a little too much perhaps, is the aforementioned mouthy lout to our left who in one pause between songs shouted out the not so troubling declaration “Marry me Lucy”. As Lucy Rose modestly tried to counter a response the same gent’s tone fell into the gutter as he roared “I’m going to kidnap you later” much to the amusement of his similarly sweaty, rowdy mates.

Let’s just take a moment to digest that shall we. “I’m going to kidnap you”. In what situation would a declaration like that ever be taken as a compliment by a woman? In what time or place does a man ever consider he has the right to so threaten another human being, even in jest, in front of a roomful of strangers? Lucy Rose admirably held her own, telling the crowd she had been asked in an interview just that afternoon what the strangest heckle she’d heard was – now she had a new, more depraved answer than ever before.

Lucy Rose may not have allowed this tasteless interruption to dampen her evening but it certainly put pains to whatever enthusiasm we’d mustered up for the night and the rest of the set passed in something of a blur as we mulled in our own blistering rage at those cretins who still value a woman’s appearance over her talent, as we’d recently heard deplored at The Staves show just downstairs, or worse still, believe that they have any right to publicly humiliate her for their own sordid amusement.

We may digress but there’s a serious point to be made. There was once a social experiment reported where a journalist asked people to distinguish quotes from men’s magazine such as Nuts, from direct quotes from some of the country’s most dangerous and violent rapists. There was little distinction. It makes you wonder how a list of heckles female artists endure would shape up against the same lines from convicted criminals. As if the glass ceiling keeping women performers off the stage wasn’t bad enough, the verbal assault they have to endure when they do get up there is appalling.

A shame that such a blip in the evening should so dominate in the report but such is the nature of live music. We’re sure even the atmosphere at Woodstock was dampened if you happened to be stood next to a bellend. 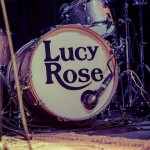 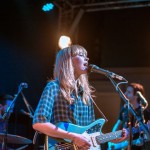 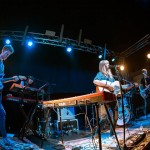 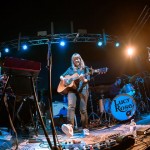 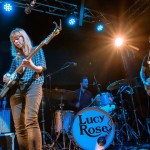 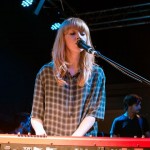 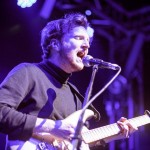 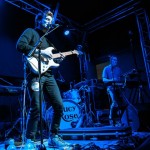 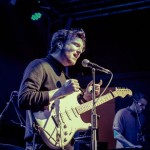 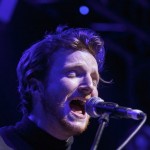 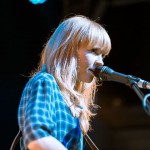 Lucy Rose at the Arts Club