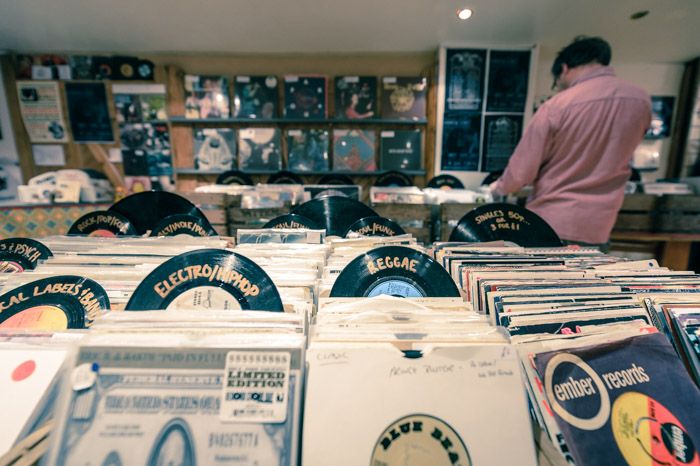 On March 12, independent labels Sonic Cathedral and Howling Owl issued a statement in which they claim that ‘Record Store Day is dying’. “Record Store Day is a beautiful concept, but even the most fanciful of flowers will fry when in the sun for too long… It’s turned into a circus” say the labels, and though verbose in their terms they’re completely correct.

What started in 2007 as an admirable stand against what seemed to be the death-knell for the USA’s independent music shops, the UK following suit the next year, has now become nothing more than another excuse for a money-grabbing marketing scheme for major labels, and a rip-off for the common consumer.

The annual event is swiftly losing its ethos of support for the little guy, or rather that philosophy has simply become overwhelmed by a tidal wave of PR, the majors sniffing their opportunity to squeeze a little more money for a re-hashed, irrelevant or simply sub-par product.

Back at this writer’s first Record Store Day in 2010, as an optimistic sixteen-year-old I rushed to join the queue outside the utterly fantastic Record Corner in my otherwise artistically vacuous home town in Surrey, shivering and quivering with anticipation, reeling off our shopping lists with poker-faces and cards to our chests, secretly terrified that the one guy there before you should snap up your prey first.

The prize, that year, was Fool’s Day, the first single in a decade from perhaps my favourite band of all time, Blur. It was huge, there were only 1,000 copies of one of the year’s biggest releases – it could’ve sold ten or twenty times that – and it was there in the name of my beloved local.

Though I didn’t get a copy of that record, it was heartwarming for us regulars to see our noble local institution finally filled beyond the odd well-meaning teen or codger clinging to his dead format against the marauding horde of online implosions.

It was a new, important, and most importantly unique release, and next year that queue was similarly the only way of getting your mitts on Radiohead‘s exclusive double A-side Supercollider/The Butcher. These were releases that a lot of people really wanted, that were genuine, boda-fide rarities. 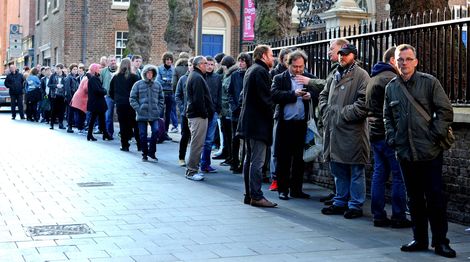 Compare that to last year’s list, to the big names heading it up. ‘The Foo Fighters and Mumford and Sons lead list of Record Store Day 2015 releases’ ran the headlines – two enormous bands, regardless of your thoughts on their quality, for another year lending high-calibre, original rarities to be clamoured over by a shower of fans, just like the efforts before them, surely?

But, like almost every other example from the biggest bands on the bill, they’re just not. Foo Fighters are in fact releasing Songs for the Laundry Room, and if that most half-baked, bland of titles doesn’t give it away, it’s an almost-pointless four-track, two old demos, a cover, and one original song thrown away from their lacklustre recent album sessions.

Mumford and Sons‘ new 7″ is simply a track cut from their upcoming album, already available online. U2 and The White Stripes are re-releasing old albums, while Noel Gallagher is offering a handful of remixes.

While I appreciate the die-hard Mumfords fan might love their latest slice of dross on black wax, and your average Foos follower might well want to hear them fart their way through a cover of Kids in America, these releases are nothing objectively special.

It was nothing special last year either. Parlophone cut two tracks from Damon Albarn‘s album and plonked them on vinyl, David Bowie‘s Rock ‘n’ Roll Suicide reappeared on a £12 picture disc, all parties squeezed a little more money out of tunes they already had in the bank.

Many of these records, beyond the five or six annual big-hitters are hardly flying off the shelves either, and those that do are often just commiseration prizes for the poor sod who didn’t wake up until six in the morning. Just last month I came across a hangover in a small London shop from last April, a still unsold copy of Echo and the Bunnymen‘s seminal Ocean Rain, but this time it’s blue!

The whole element of value, as if you were getting something special when you spent an inordinate amount of money at 9am sharp, is swiftly being lost, not only by the fact that a simple eBay search for Record Store Day will reveal pretty much any of last year’s releases for just a tad more money, but because it’s become litte more than a pedestal for RCA Records to milk a few more pounds from the offcuts of the latest Foo Fighters album and an overpriced rehash of what’s already out there.

All the more disheartening, the prices are swiftly becoming disproportionately high, permissible perhaps for that extra-special something, but for a lazy cast-off from an underwhelming album? It leaves a sour taste. 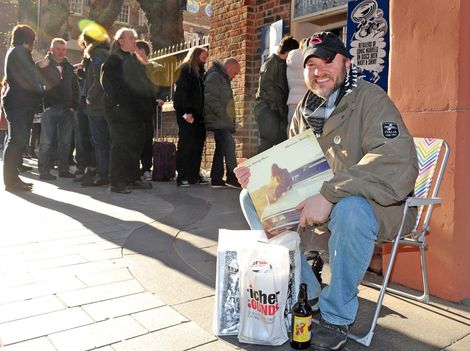 “There are currently no copies of  [Sonic Cathedral/Howling Owl-signed] Spectres’ album ‘Dying’ on vinyl in the shops” they continue, “because the repress is somewhere towards the back of the queue after some Foo Fighters studio scrapings, a host of EPs by The 1975 and about a million heavyweight ‘heritage rock’ reissues that no-one really needs. Less Cheap Trick, more bloody expensive con.”

Record shops have a duty to support independent labels, they of all people should understand that but intentionally or otherwise they’re in some way complicit in doing the exact opposite, thanks to major labels’ growing domination of Record Store Day.

The event responded yesterday with a statement in which they ask us to ‘give them a break’, claiming that “Record Store Day has beyond doubt been the most important catalyst in the recent revival and growth in number of independent record shops”, and to their credit come out fighting.

As they point out, Record Store Day is about the record stores, not the labels, and of course the record shops make money. That’s undeniably a great thing, but it’s hard not to feel that something’s still been lost. A lot of record shops now thrive on their independence, and it’s not as if we can deny that Record Store Day wasn’t a part of that, but why allow that independence to simply be part of a corporate pedestal?

Yes, the statement from Howling Owl and Sonic Cathedral is probably a publicity stunt, and yes there’s still a great deal of indie material on the books this year, but the statement still rings a little hollow when they claim they’ve “asked all labels to think harder about quality.”

The offcuts of Foo Fighters‘ most average album yet (and that’s saying something), Mumford and Sons‘ new single and some pointless re-issues – thinking harder about quality? Really? The majors are quite clearly ignoring that plea.

It’s not really Record Store Day themselves who are entirely to blame, it’s what it’s becoming thanks to corporate intrusion. “We know it’s not perfect and we know we need more pressing plants. But it’s a hell of a lot better than a world without Record Store Day” they say, and that’s true, but wouldn’t a Record Store Day that’s a proper celebration of independent music culture be better still?

As shops like our own Dig Vinyl keep proving, it’s getting easier for record shops to start thriving again, and an idea like Record Store Day should be a part of that, but it’s beginning to resemble more of a sales technique, a piggyback to flog a few demos the band never wanted in the first place.

When Radiohead and Blur revealed their truly exclusive new releases, there was a real feeling of support between them and the independents. When Foo Fighters toss them some out-takes it feels little more than hollow capitalism; bonds are being severed in an industry that’s increasingly reliant on mutual cooperation, not made.

As things stand, if Record Store Day don’t keep an eye on the values they were born from then they might soon lose them altogether. Before long they’ll likely become little more than another Mercury Prize; a soulless, vapid commercial venture under the veil of musical valiance.