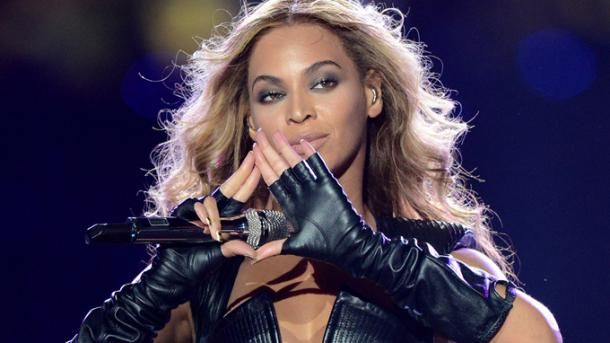 Beyonce not flashing an Illuminati logo

As Kanye denies the existence of the Illuminati, Getintothis’ Shaun Ponsonby takes a rational look at the myth.

Kanye West is good fodder for this column. This is the third time in fourteen weeks that I have found myself discussing him in some way. Fourth if you count his BRITS performance. Say what you want about him, but he creates talking points. We might as well start a separate column entitled Western Philosophy in which we discuss the Week in Kanye.

This time around he felt the need to deny that he is a member of the so-called “Illuminati”.

In the new issue of Paper, he said; “If there was actually an Illuminati, it would be more like the energy companies. Not celebrities that gave their life to music and who are pinpointed as decoys for people who really run the world. I’m tired of people pinpointing musicians as the Illuminati. That’s ridiculous. We don’t run anything; we’re celebrities. We’re the face of brands. We have to compromise what we say in lyrics so we don’t lose money on a contract.”

If you’re unaware of the Illuminati you obviously don’t like triangles.

The popular explanation is that it is a secret group of powerful individuals who have gotten together and decided to control us for reasons that no-one has bothered to adequately explain. Some, like former Snooker presenter David Icke, claim they are also alien lizards. Apparently he knows that, for example, the Queen is a reptilian as people have seen her in her “other form”, because she apparently has trouble keeping her human form consistently. Of course, if that was case the amount of public appearances she does would suggest that it would happen live on TV at least once ever in life.

So, how do people know about this secret group (with their own Wikipedia page)? Well, the answer is simple: music videos.

Whenever you see anything that resembles a triangle or a pyramid in a music video on YouTube, then that artist is obviously a member of the Illuminati, my friend. Sorry to break it to you. Apparently, this secret organisation asked Katy Perry to put clues of their masterplan to keep us under their control into videos where fireworks fly out of her boobs.

It doesn’t even matter if it makes absolutely no sense that a secret organisation would stamp their logo all over popular culture when it is trying to remain a secret. It’s obviously a double bluff. That’s what they want you to think, just on the off-chance that you figure out their cryptic code. Nothing is ever just a shape that looks pretty or a striking image on screen. No, it’s a pyramid that represents the New World Order. Why, you ask? Just because. That’s why.

And the Queen of the Illuminati is Beyonce, presumably solely because she’s the most popular person. Not only that, but Whitney Houston was murdered by them so Beyonce’s daughter could take her place. That’s how important Beyonce is to this organisation. And everyone knows it. Type “Beyonce Illuminati” into a search engine and look at how many related suggestions there are.

Which I assume means they’ve progressed somewhat, because if the Illuminati is real and they have been controlling us, then it stands to reason that they are the ones who have been oppressing minorities and, indeed, women.

A quick search online has found a list of people who are part of the Illuminati, and the evidence that proves it. Amongst them;

Beyonce, because she went from Destiny’s Child to “Sasha Fierce”, the Devil’s child.

Jay-Z because he had an album called The Blueprint, and a blueprint is a detailed outline or plan of action.

Rihanna, because she has a song called Good Girl Gone Bad, which means she was an angel and now a Hellion.

DJ Khaled because he has an album called We Global, and the Illuminati is taking over one city at a time (which is weird, I thought they already ruled the world?).

Kanye West himself is apparently a member because he doesn’t wear a crucifix.

Wow! Look at all of that compelling evidence!

Naturally, as somebody who has an interest in skeptical thinking – and, of course, a brain – the reasoning behind the believers is quite jarring. Apparently there is no such thing as a metaphor in art, and anyone who doesn’t run around shouting “I love Jesus” is part of an evil global elite.

There are exactly 379 billion videos on YouTube that breakdown the extent of this infiltration, proudly proclaiming that someone who doesn’t know what words mean has found “proof” of the Illuminati’s existence, and then you click on it and it’s a picture of Beyonce at Glastonbury. She’s performing on the Pyramid Stage! It’s Illuminati!

There seems to be no uniform theories other than “they exist”. The people who “speak out” about it, such as the aforementioned failed footballer Icke, often refer to those who don’t believe as “sheeple”, despite the fact that – even if it were true – he is merely a shepherd himself, and his followers are just as much “sheeple” as anyone else. And if the Illuminati think nothing of bumping off John F. Kennedy, wouldn’t Icke be dead by now by “exposing” them so often?

A former boss of mine was utterly convinced of the existence, being as he was one of Icke’s “sheeple”. We once made up a powerful businessman called Mason T. Perry. His first response was “probably Illuminati”. He had already pre-determined that this person, who we had explicitly made up in the office as an experiment, was part of this organisation. He obviously had no evidence of this, because he was fictional.

That’s one of the reasons it’s difficult to take the claims seriously. Anyone “investigating” it decided on the results long ago. That’s not an investigation, for an investigation doesn’t have a pre-determined outcome.

That boss of mine seemed to be convinced that anyone who was extremely popular was high up in the Illuminati ranks. Except, he was a huge Michael Jackson fan, arguably the biggest pop star ever. And him being in the Illuminati didn’t suit him, so he decided he never was.

The truth is that the Illuminati did exist at one point. It was a radical far-left group that began in the 18th Century during the Enlightenment period. They opposed superstition, obscurantism, religious influence over public life and abuses of state power. All of which is literally the polar opposite of what the Illuminati is supposed to be today. When I brought this up with the aforementioned boss, his response was “and you believe that, do you?”

Given that there is a tonne of corroborating evidence to support it, yes. Yes I fucking do. All you have are wild accusations and speculation.

Few would disagree that a couple of the world’s largest corporations and organisations are the ones who call a lot of the shots, but there is no masterplan to it. They just want to make as much profit as possible. Hell, is there a masterplan to anything in this world? If there is it’s gone horribly wrong.

Because that’s the crux of it. We want there to be a masterplan to everything. We look for reason, even when there might not be one. Years of priests coming into school and telling you there’s something out there makes you assume that something is out there, be that God, aliens or the Illuminati.

The philosopher G.K. Chesterton once wrote; “When a man stops believing in God he doesn’t then believe in nothing“. He goes on to say “he will believe in anything“, which is completely off the mark given that one questions the existence of God because you don’t believe in the irrational, but in a way, with religion taking a lesser role in society a belief in something else as a way of explanation is only natural. It makes it easier to digest the bad stuff.

It’s much nicer to believe that there is a large organisation controlling us all than to believe than anyone actually likes Jason Derulo.

Yoko Ono has declared Ringo the “most influential Beatle“. People scoff, but in a way, she’s right. Even the bad bands have a Ringo. Sometimes two or three, But not everyone has a Lennon/McCartney.

Copies of U2‘s Record Store Day release of Songs of Innocence were accidentally sold with a Tool EP inside. Yep…that sounds about right.