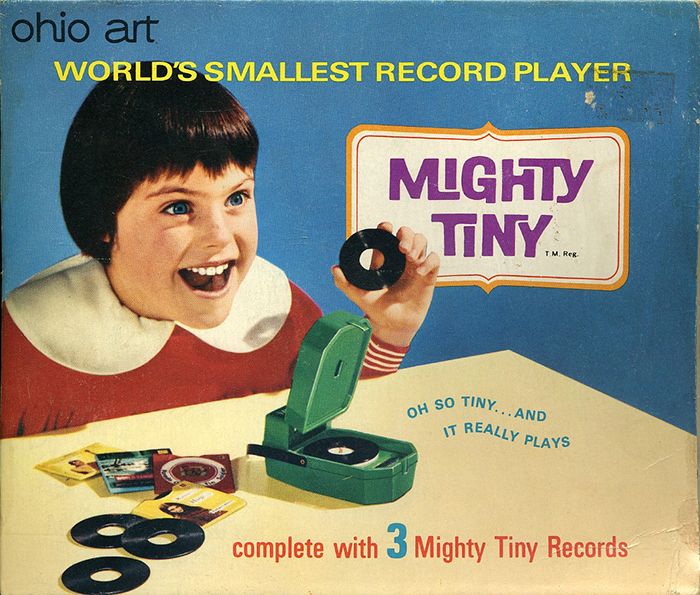 Proving that good things come in small packages, Getintothis’ Chris Burgess gives us the rundown of the top ten tracks under 60 seconds.

Music comes in all different forms, from the ‘perfect’ three-minute pop song to epic tracks that last over ten minutes.

However, sometimes brevity is best. In this chaotic modern world, who of us has time to set aside to listen to a 30 minute long song and give it our full, undivided attention? Can you honestly tell us you’ve listened to Bong’s new album and not checked your phone at least once while doing so?

The advent of punk rock, a clear reaction to prog-rock’s overblown and onanistic tendancies, holds perhaps the clear majority of short songs, with NOFX’s Fat Wreck Chords even releasing Short Music for Short People – a collection of 101 bands each playing sub 30 second songs.

Punk doesn’t have a monopoly on the concise track though; Adam Faith’s 1959 hit What Do You Want is the shortest track to have reached the top of the chart. But at a running time of 1 minute and 38 seconds, it’s far too long for us.

Here’s our list of the best songs under a minute long, each small but perfectly formed.

From: Give Me Convenience or Give Me Death

Soon to be returning to Liverpool for the first time in 30 years, San Francisco’s political surf-punk pioneers set the tone perfectly with their ode to the short song – including a nice swipe at Rick Wakeman, the cape-wearing keyboard player from Yes, a band whose sprawling prog tracks each seem to last about three weeks in comparison to punk’s ‘to the point’ nature.

9. Minutemen: Please Don’t Be Gentle With Me

From:  Double Nickels on the Dime

One of the shortest tracks on an 80 minute album that contains 45 songs – the Californian post-punk trio here perfectly display their ‘jamming econo’ philosophy.

Please Don’t Be Gentle With Me is quintessential Minutemen, with shades of funk and jazz, with Mike Watt’s bass groove holding things together (Watt would later join the reformed Stooges).

Sadly the Minutemen’s existence was as brief as their playing style, guitarist D Boon dying in a van accident in 1985, at the band’s height. Their story is told in the fascinating We Jam Econo, one of the most illuminating rock documentaries ever made.

Taking a swing at the state of an entire genre of music, in just over half a minute – DJ Shadow simply looped a G-funk style sample and provided all the critical analysis that was needed.

As album interludes go, it’s one of the boldest – taking on the might of Dre, Snoop and Co. Some might argue that hip hop has remained about the money since that point.

7. Half Man Half Biscuit: Vatican Broadside

Often covered live by Frank Turner, who has on occasion claimed it to be ‘the greatest song ever written’, Vatican Broadside is essentially a one-joke song at Slipknot’s expense, but delivered with real zest by the Birkenhead legends.

Sung to the tune of Battle Hymn of the Republic, Vatican Broadside is a wonderfully sneering tune with the most unforgettable chorus ever recorded.

From: Never for Ever

A spell-like display of vocal harmonies, Night Scented Stock acts on Never for Ever as a marvellous lead-in to the track Army Dreamers, but is in itself a delicate and wispy tune about as far away from punk rock chaos as you could get.

5. The Beatles: Her Majesty

Holding a couple of records, this throwaway track clocks in as The Beatles’ shortest recorded song, as well as being considered the very first ‘hidden track’.

Appearing on Abbey Road right after the magnificent Golden Slumbers medley, the tiny song has been covered by the likes of Dave Matthews, Eddie Vedder and The Low Anthem. It was also given an anti-royalist twist by anarcho-punks Chumbawamba.

From: So Long and Thanks for All the Shoes

Featuring ‘blink and you’ll miss them’ Beatles trademark ‘whoo’’s, Monosyllabic Girl isn’t even the shortest song on NOFX’s 1997 album. It is however the perfect love song to a girl who can’t string sentences together.

As brief her dialogue, the song is over just inside a minute – the Californian quartet turning up, stating their case and leaving again, before you can say ‘huh?’

Seen by some as a political statement, College is actually a direct response to the Beach Boys cheerleading hit Be True To Your School, singer David Portney explaining that he “threw the line in there to make it funny”.

College is a very Beach Boys-esque tune, but with a series of squelches underpinning the lush vocal harmonies. Despite its short timeframe, the band receives many requests to play the track at their gigs. You have to wonder how they make the squelches live, though.

The song that gave its name to an entire subculture, Straight Edge is an immediate rally cry to a scene turning its back on drink and drugs. Ian MacKaye’s vocals remain as direct and stark as when they were recorded in 1981.

“I’m a person just like you, but I’ve got better things to do, than sit around and fuck my head, hang out with the living dead” MacKaye sings, succinctly summing up  the whole anti-inebriation movement in less time than it takes to pour a pint.

The Minor Threat EP itself is full of the same brief, confrontational songs – its eight tracks running to a total of nine and a half minutes.

For such a short song to have so much of a cultural impact is frankly astonishing.

“You suffer, but why?” That’s all Napalm Death have to ask, and it’s impossible to distinguish the lyrics in the brutal-but-brief onslaught of 1987’s You Suffer.

The song holds the title of the world’s shortest recorded song, according to the Guinness Book of World Records, at precisely 1.316 seconds long. The official music video, released 20 years after the track, holds a similar title.

The West Midlands grindcore pioneers appear to have captured something much more than just a short song with You Suffer though, which has seen multiple covers, remixes and re-imaginings from hundreds of bands since it was recorded, and even has its own tribute album.

The song was written by Nicholas Bullen and Justin Broadrick (both of whom were only in the band for a short period, rather ironically) as a reponse to Wehrmacht’s two second long song E!

“[It was] largely a comedy thing, one-second long song. It’s ridiculous but it was hilarious” Broadrick has stated about the song. “We played that song in front of 30 local kids, like, every weekend. We played that song 30 times. It was a laugh”.

There is actual playing on the track, a four-note guitar line is just about distinguishable, They do tend to drag it out a bit when playing it live though, to around the two second mark.