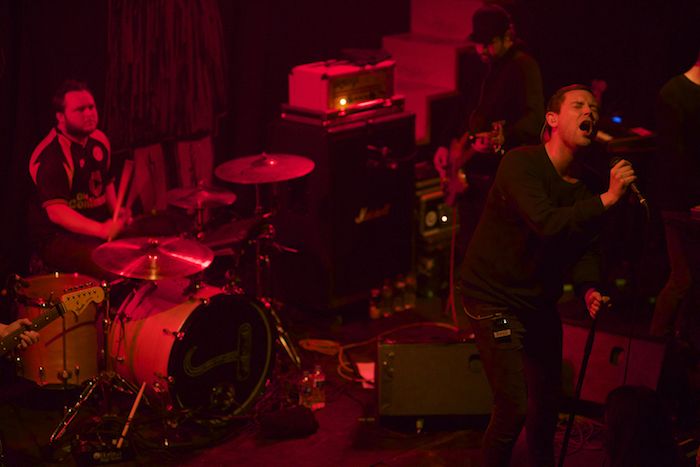 Getintothis’ Will Neville reports as The Twilight Sad returned to the Kazimier on Tuesday night to showcase the dark but rousing indie sounds of last year’s latest album.

After a haunting intro tape of a young girl singing, The Twilight Sad exploded onto the Kazimier stage for the last date of their current UK tour, in support of their most recent LP Nobody Wants To Be Here And Nobody Wants To Leave.

The five piece band are dominated musically by Johnny Docherty’s bass and the rock steady Mark Devine on drums, with Andy MacFarlane on guitar and Brendan Smith’s keyboards acting as the supporting cast. However, the centre of attention visually is their utterly compelling frontman.

Singer James Graham is one of the most passionate and charismatic singers treading the boards these days. He brought to mind a mutant combination of Joy Division’s Ian Curtis and Samuel T. Herring from Future Islands, with all eyes on his chest bashing, fist pumping, head knocking, crouching and mike stand wielding antics.

The band kicked off with the first two tracks from the latest album before delving back to the debut. They played the vast majority of their current release, but the set list revisited all other points in their eight-year recording career, with Drown So I Can Watch off the new album being the best received number in the early part of the set, despite it sounding a bit pedestrian to this writer.

Things picked up again with the dense I Became A Prostitute off 2009’s Forget The Night Ahead, with the new album’s brooding Leave The House and anthemic It Never Was The Same also highlights.

Graham semi-apologised for the band being depressing a couple of times during the set, but the band’s sound is far from downbeat, despite its gloomy, verging on goth, edge. He recalled having played at the same venue before, saying “fuck building folk” in reference to its impending closure.

They closed with The Wrong Car, the lead track off a 2010 EP, with the drummer racing up the stairs leaving the rest of the band on stage and the singer giving effusive, heartfelt thanks to the audience.

Fortunately the band reconvened for the epic And She Would Darken The Memory off the debut album. This was rapturously received, leaving the audience heading off into the night feeling satiated. The singer then seemed not to want to leave the stage long after the rest of the band had scooted off, continuing to enjoy the love he was getting from the partisan crowd.

Support had come from another Scottish outfit, an Edinburgh duo called Man Of Moon. Their songs were driven by powerful drummer Mikey Reid (sporting a Twilight Sad t-shirt) who battled with a recalcitrant microphone. Chris Bainbridge’s guitar and uncertain vocals helped give the band a surf and space rock edge to the more typical Black Keys sound generated by many similar duos, with them being defiantly more about grooves than simply tunes. As the headline act’s singer said of them, definitely a band to keep an eye out for. 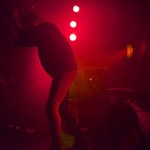 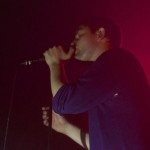 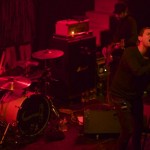 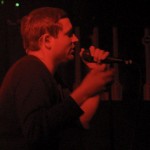 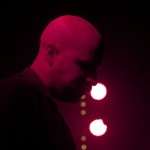 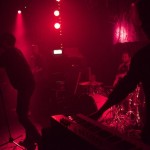 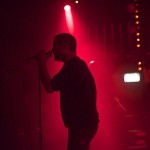 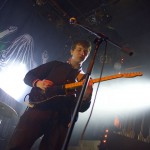 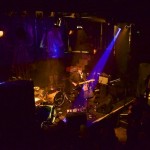 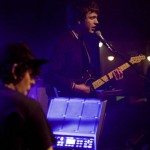 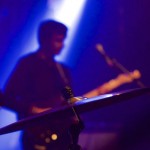 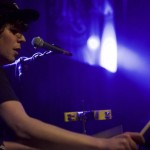 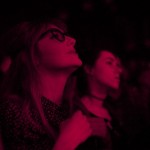