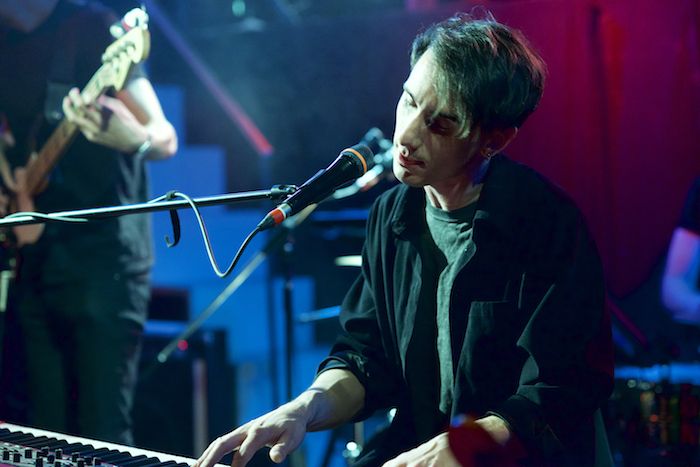 “Out with the old, in with the new“, said Outfit’s Andrew Hunt to a Kazimier crowd made up of a who’s who of the Liverpool music scene, on a night where the five-piece launched their new album Slowness, and brought their new direction to life.

Slowness, released just this week, is a vast departure from the band’s debut LP Performance, with the sound moving away from the unorthodox electronic indie-pop that helped Outfit make their name. It isn’t just the music which has changed, though, with Hunt now based over in New York and co-vocalist Tom Gorton now residing in London, the whole dynamics of the band are now different, something which is reflected in the music of Slowness.

Where Performance saw vocal duties shared between Hunt and Gorton, Slowness feels very much like an Andrew Hunt vehicle, with him taking centre stage and almost all vocals, in Outfit’s new piano driven, expansive sound. Gone are much of the vocal harmonies of old, instead Hunt’s slightly Americanised voice is a real driving force in the music, something which he appears to thrive on.

Out with the old and in with the new seems to be the theme of the night, with barely any tracks from Performance making the Slowness heavy setlist allowing for the new material to shine. The title track feels somewhat of a crossroads between the two records, driven mainly by a warm, full piano surrounded by vast soundscapes, while still keeping the quirky pop traits of old with fizzing guitars, pulsating bass and sweeping synth sounds, whereas Happy Birthday sees the band at their darkest and most atmospheric, with the track climaxing in a frantic instrumental. We don’t think the song of the same name is in any danger of being ousted as the Birthday song of choice, but it’s a great track nonetheless.

While Slowness as a whole is packed with interesting ideas and innovative sounds, it does feel that it is slightly lacking in the odd big chorus and real pop hooks. Luckily, Outfit have tracks such as Thank God I Was Dreaming and Two Islands up their sleeves to make up for this on the night and the avoidance of any lulls. The Smart Thing comes closest to these old favourites in terms of upbeat, groove laden pop, and is a real standout in the set.

All other tracks old and new however are dwarfed by the sky high sounds of album opened New Air, with jittering electronic sounds bubbling beneath Hunt’s bare voice before building into a sweeping epic, similar to the swarming set closer Swam Out.

Despite the members now being spread across the country and one on the other side of the Atlantic, Outfit have the aura of a band enjoying making music together and are visibly thriving under their new direction onstage, with their contagious joy spilling off stage and into the crowd.

With the vast differences between the group’s two records, the direction in which Hunt and Co. go from here feels a mystery. With the frontman now a central focus and clear strong influence on the musical style, it will be interesting to see whether any future material follows the trend and becomes more personal to him. One thing’s for sure, the new Outfit are a different proposition to the one we used to know, and while they’re experimenting with new sounds and styles and making the music they clearly want to make, we just hope they don’t forget how to write big pop songs completely.

Earlier, the ever impressive VEYU debuted several new songs following on from the release of their debut EP on Baltic Records in 2014. Sadly, they didn’t tell us any of the names of the new tracks, but from the set we picked up hints of a possible new heavier and darker direction, while still keeping the hook-laden style, phenomenal live drummer and 80s undertones of tracks such as Running and The Everlasting which have made them one of the most exciting bands on the Merseyside scene. 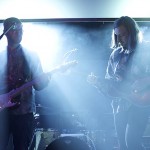 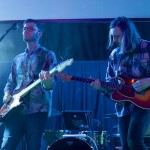 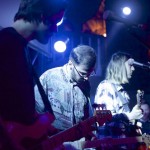 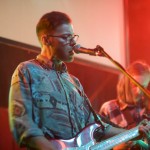 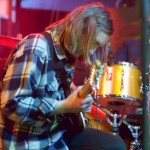 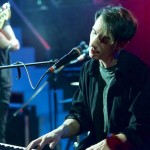 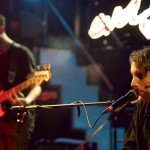 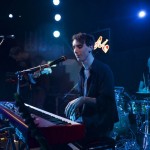 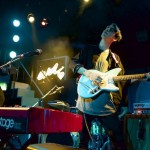 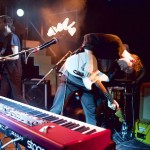 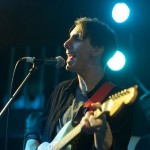 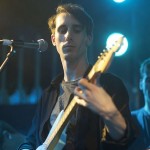 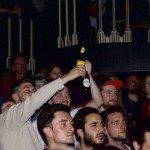 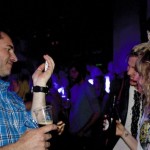 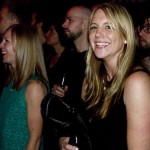 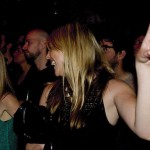 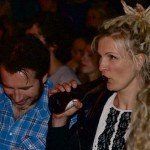 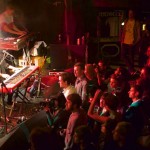 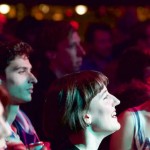 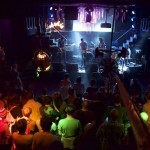 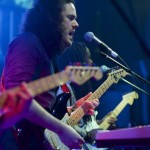 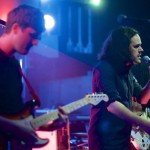 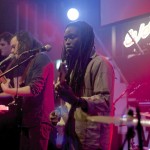