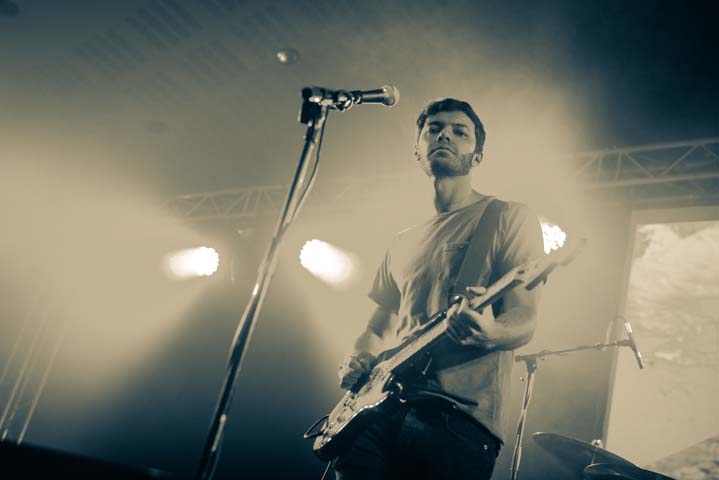 VEYU – back with new track All That They Know

VEYU return with a layered tumble of melodica, Getintothis’ Peter Guy wraps himself up in their Autumnal college rock blanket.

The first time we heard REM‘s Murmur was an important part in our musical education. From Bill Berry‘s unschooled panging rhythms, those rich Mike Mills harmonies married to Peter Buck‘s irresistible guitar ripples – it seemed both brutal and organically beautiful.

But the most striking aspect, and the bit which still has the potency to stop us from doing anything, but sit back and listen, Michael Stipes mumbling, syncopated enigmatic delivery – a serious what-in-almighty-fuckery-is-this-guy-doing kind of moment. Those lines in 9-9, almost two decades after first hearing, still manage to confound and confuse – toying with our imagination as we wrestle to translate while singing along in the back of our minds.

It’s this magical fusion of melody and mystery which gripped us upon hearing Running, the opening offering from VEYU back in June 2013. Here was a band that meddle with abstract vocal and lyrical impressionism while smacking you sideways with song-craft. Whether it’s that distinctive synth line in Running, chiming guitar stabs in The Everlasting or battering ram P Funk bass rumbles in Every Time there’s always ample for the listener to sink their teeth into. On the flip side, there’s those teasing, vocal harmonies revealing everything and nothing – just enough to sing along to, not enough to understand.

They carry the trick through on latest offering, All That We Know, the first for Baltic Records, an autumnal quick-step lush in layers and subtle Donovan Collins atmospherics. But once again, it’s that near-indecipherable Chris Beesley lead vocal and Adam Bresnen backing, aligned to a distinctly early 80s college rock guitar trickle, which channels such majesty and intrigue. It’s another triumph in a catalogue which is slight but, right now, arguably the very best Merseyside has to offer.