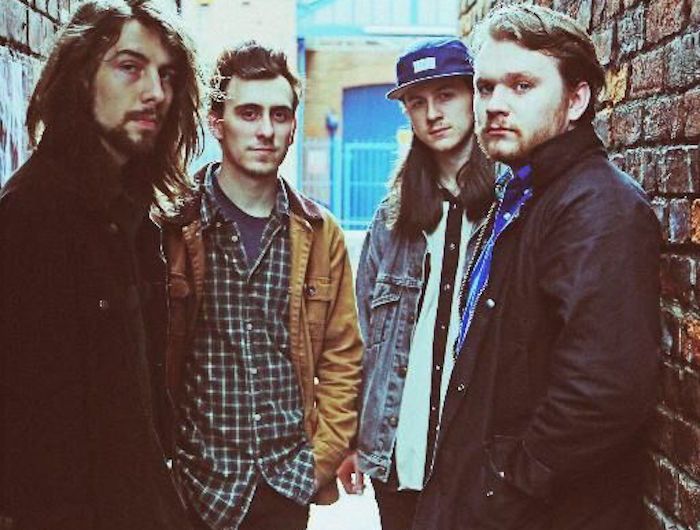 With the third edition of Liverpool Calling ready to drop this weekend, Getintothis’ Craig MacDonald takes a look at six up and coming groups to check out.

This weekend sees Liverpool Calling return to the city with the third edition bringing the likes of Sheffield noise merchants Reverend and The Makers, Yorkshire’s grunge kings Allusondrugs and Liverpool royalty in the form of The Tea Street Band heading to townships on Saturday July 25. The event was originally staged over both the Bombed Out Church and The Shipping Forecast. Today sees the wonderful building of St Luke’s still remaining the centre of proceedings during the day that has now branched out to other venues across the city with this year seeing groups playing The Magnet, Studio 2, Maguire’s Pizza Bar and Next To Nowhere.

In among the boom and clatter of the event, revellers will see a spectrum of various sounds from post-punk, hardcore, folk, blues, punk and more including an after party featuring a DJ set by The Coral. Although many of the artists over the day will be recognisable to the masses, hidden within the line up are some up and coming acts that are well worth having a gander at. Like the day itself, it features a diverse array of talent.

Here we take a look at six acts that you should want to go and check out over the course of the day if you get a chance.

This energetic post-punk outfit are a ball of energy that hit you right in the face from the get go. Sounding like an angry mashed up spawn of Joy Division meets Ian Dury, they are an intense affair with You Only Love Once sure to make many stand up and pay attention.

These young Welsh wizards channel intrinsic riffs with addictive melodies that have seen them gaining a following that continues to grow. Fans of At The Drive In will enjoy the crashing post hardcore tunes that this group dish out on mass. 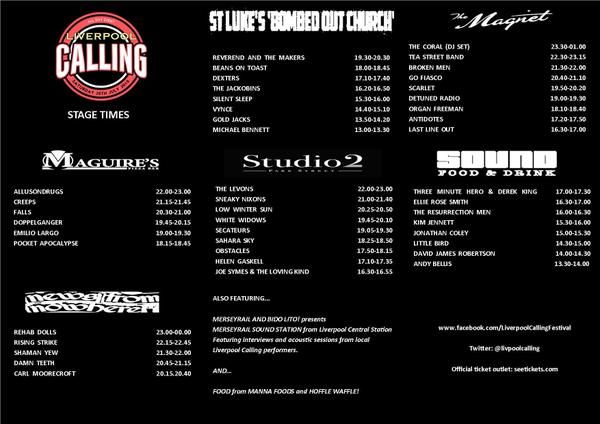 The blues-rock four piece are champions of roots music and mix together melancholy guitars with sophisticated vocals. On tracks like Can’t Take My Soul their stage presence and passion bounces among them and has seen them starting to turn heads with their live show.

Grunge lovers would be wise to check out this wall of sound. Rough and ready is the name of the game from this trio with songs like Walls bringing a moody rawness to proceedings.

Filled with enough hooks to catch a humpback whale, these 80s inspired Mancunians are highly addictive. Lovers of Bombay Bicycle Club and Alt J will do well to pay these a visit when they roll into town.

These Northern upstarts have slick bass lines, banging beats and enough swagger to make Kanye look shy. Bursting with confidence, on tracks like She Lost Her Mind they showcase their lyrical and musical dexterity.