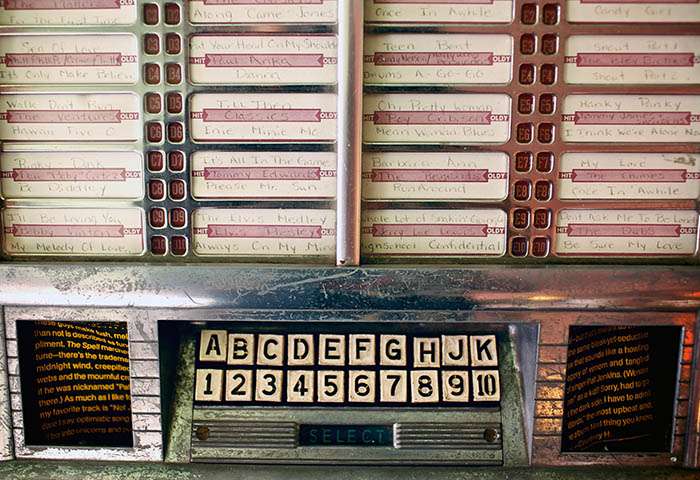 The Getintothis Jukebox returns for another jangle on the song cycle of sonic delights, a climatic assortment of Liverpool based beauties, visiting acts and globally sourced picks peaking our interest.

This week’s homegrown crop includes the fabulous Jalen Ngonda. Originating from Maryland but now based in Liverpool, Jalen’s soulful songwriting is a truly remarkable blend of vintage pop and R&B. He has recently been voted one of the ‘most ready’ artists in the 2015 LIMF Academy honour role.
Dialect is the daring side project and compositional moniker of Andrew PM Hunt from Outfit. Dialect’s first outing was the nirvana-approaching Advanced Myth, released for free on the devilishly decent Tasty Morsel’s imprint. Waterfront Epiphany is released on 1080p and is all kinds of wonderful.
S t r a n g e r is a wondrous, brooding melancholy. Puckish Aintree composer James Kevan has produced this haunting short entitled MCMXCIX, a tender sound scape of erupting potential and twinkling cinder-like electronics.
The Aleph are a most intriguing duo of rule benders. The future avant jazzisters presumably derive their name from the Jorge Borges story; in the book, The Aleph is the fulcrum point in the universe where all angles meet. An apt title for a pair who successfully fuse a plethora of musical invention.
Our picks from artists visiting the city in the coming weeks include tracks from; Peter Gordon, Bambooman, Trio Uroboro and Black Uhuru. Peter Gordon will be performing and directing Arthur Russell’s Intrumentals at The Kazimier on the August 11. First performed at New York’s City’s renowned art centre The Kitchen, this commemorative recital promises to be one of the highlights of the gigging calendar.
Bambooman blurs the lines of hip hop and techno and is part of a brave new wave of beat makers testing those expansive boundaries. Rocking the Kazimier Garden on the July 30 from 8pm, tickets are available on the door.
Also set to take the Kazimier Garden space by storm is jazz trio Trio Uroboro. The improvised unit blend different modes of jazz to form romantic and responsive structures. Free your calendar on the August 16 because these boys will be cooking the free jazz.
Legendary British reggae act Black Uhuru play inside the Kazimier on the August 14. Only the great Bob Marley has sold more reggae records. These second generation reggae generals will be serving up some seriously dank nuggets of off kilter rhythms and Rastafari love.
For good measure, we’ve also sourced four stellar fragments from around the blogosphere. First up, Chaz Bundick also known as Toro Y Moi, has recently leaked a twisted hip hop demo – and –  we couldn’t resist including Thundercat’s surprise release from The Beyond; Them Changes. Taken from the East Coast we have New York based Gabriel Garzon, who shot to notoriety after being sampled by Drake and Brooklyn duo Ratatat, who are back with new album Magnifique.

In each episode of the Getintothis Jukebox we try to secure a guest selection. This weeks resident selector is James Kevan from S t r a n g e r.

He said: “I would recommend Lime Grove by Germanager (UpitUp Records) to anybody who, like me, is partial to the kind of sombre soundscapes found throughout David Bowie’s Berlin trilogy. The looming Mellotron-esque sound and synthetic brass develop an ethereal atmosphere I found similar to Warszawa (Low, RCA, 1977), which it disrupts by making a sudden and unexpected detour punctuated by random elements of percussion and flurries of steel drums.

But then again maybe I should have expected such a subversive ending from someone who has seemingly little trouble with blending elements as disparate as hip-hop production and musique concrete. He’s my kind of guy.”