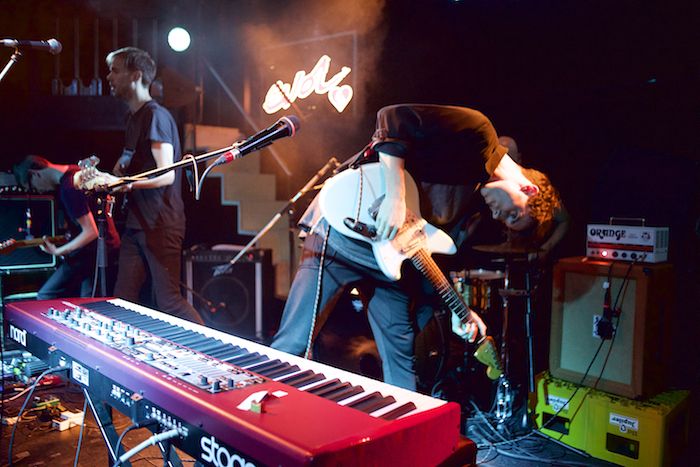 With the acclaim of Outfit’s latest album only just behind him, Andrew Hunt is already returning to the fray with a new LP as Dialect, Getintothis’ Patrick Clarke has the news.

Constructed from a cornucopia of found sound, field recordings and sprinkles of restrained, fractured instrumentation, the first track to air from the album, Waterfront Epiphany is a masterclass in minimalist intensity, slick Krautrock ascending in rapture to a monolithic close.

Now U.S.-based, Hunt recorded the new album near Red Hook in Brooklyn, where evocative post-industrialist shipyard landscapes recalled those of his former home of Merseyside.

“A lot of this new album is inspired by the idea of South Brooklyn—particularly Gowanus and its slow oozing canal—as some sort of romantic toxic wasteland, but more and more I’m starting to see notice boards going up with CGI artist impressions of crisp new public spaces as well as the usual condo sprawl” Hunt says of the release, as quoted by Self Titled Magazine.

“Waterfront Epiphany is meant to be a beacon of simulated hope in the landscape of the album, mirroring all these utopian community spaces creeping through the cracks in the pavement” he continues.

The musician last returned to Merseyside with main project Outfit just last month for the launch party of new album Slowness.The multi-instrumentalist also spoke to Getintothis just days prior to the gig on their significant musical progression, the prospect of commercial success and Liverpool’s undying influence on his musicianship.